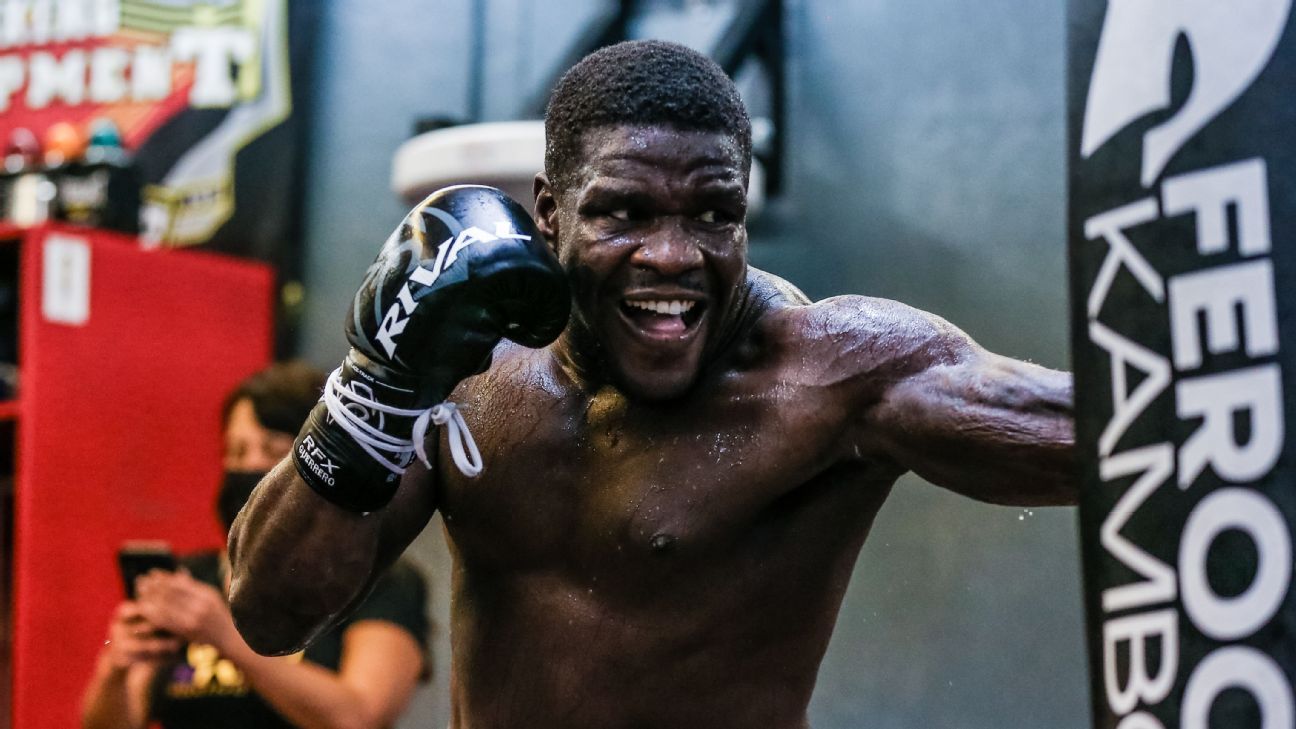 PEMBROKE PINES, Florida — Frank Gore’s storied NFL career has been one of perseverance. After tearing the ACL in his left knee twice during his career at the University of Miami, he was taken off many draft boards and fell to the third round.

Despite the medical red flag, Gore’s career has been marked by longevity. He played at the top level even during his age-37 season and at a position known for a high churn rate.

At 16,000 career yards, Gore needs just 727 to pass Walter Payton on the career rushing list for sole possession of second place, behind Emmitt Smith. Now 38, Gore knew that even if he signed with an NFL team for the 2021 season, he wouldn’t receive the workload necessary to pass Payton. So he pursued his other love: boxing.

Gore has trained in the ring since the beginning of the last decade when he starred for the San Francisco 49ers. This Saturday in Tampa, he’ll lace up the gloves for real when he takes on former NBA star Deron Williams in a four-round heavyweight bout (215-pound limit) on the undercard of Jake Paul’s rematch with Tyron Woodley (9 p.m. ET, Showtime pay-per-view).

He’ll look to defy the odds once again by entering the unknown. What does Gore hope to accomplish? And why boxing? Here are Gore’s answers in his own words:

Editor’s note: Content has been edited for clarity and brevity.

My team got the calls during training camp from football teams trying to get me to come up. I had something planned with my family — my stepson was going to play his first college game at Wisconsin.

I was back and forth, and I never felt like that about football. If someone said you want to do this — especially on the football field — I would jump up and do it. But I wasn’t sure, and I felt that if I had that in my mind, and couldn’t give the team 110 percent, I didn’t want to do it.

I had to go to Wisconsin. That decision not to go to the camps was based on what my family was planning, but I also was enjoying boxing. And being around the people in this gym, they made it feel like a team. Even though the guys and girls are way ahead of me skillwise, they always bring me along. They challenge me. They wanted to see good and help me. They’re my team, and I was enjoying it.

I decided to take this fight because of my indecision around football. I’ve been around boxing for a long time, more than 12 years, dating back to when I was playing for the 49ers. Where I train at these days, there’s a boxing gym upstairs, and I used to go up there. With a lot of new stuff with the celebrity boxing — what Jake Paul is doing –I felt I could do it if I wanted to do it. I’ve trained with Marty Monroe and Javiel Centeno. They’re training athletes. They always tell me that I picked this up fast. This type of atmosphere, like a celebrity fight — if I wasn’t going to play football, I wanted to take a shot and see where I’m at.

I know I still can play football, but it has to be the right situation. If a team is going to the Super Bowl, I’m definitely in if they call me. Over my career, I beat the odds. Beat the dollars. Sixteen years, 16,000 yards. The only thing I didn’t do is win the Super Bowl.

If I say I’m going to do something, I’ll give it my all. I feel good. I’m in great shape and all my coaches are saying I’m the rippest I’ve ever been. I want to look good Dec. 18. A lot of people think I’m crazy for even doing this. They’re asking me if I need money! No man, I don’t need any money. It’s just something I’ve always been around. Win, lose or draw, this is what I want to do.

If I get the win and look good, I want to go out and get another one. If I don’t, I’ll say forget it, I’ll be with the fam. I’ve got two boys in college who are good football players. I’ve got my little boys who I’m around and I take to football practice every day.

I’m in a good place. I see a lot of guys when they’re done with football, it’s tough, and I was scared about that. When you love something, you know it has to come to the end. And when you get closer and closer, you get worried. I used to be worried. I’ll be real — I didn’t think I’d be like I am right now when I’m not playing ball. And I still have teams calling me. In that last year when I was with the Jets, in that last game when I got injured — I was like ‘damn,’ I’m 37. I still got to play, but you have to understand the business of it. They’d rather put a young guy out there, especially at my position.

Boxing has helped fill the void. Especially being around these people. They’re good people. I’m still competing, it’s just something different. I take it serious. I train my behind off. I’m going to find a way to make myself tough — on the field or wherever. I’m going to be the first guy in the gym. The last guy to leave the facility. Whenever I compete, in whatever I do, I’m ready. I’m training my behind off. My first time, his first time.

I would be motivated no matter who I was facing because it’s something new to me. I don’t care who I’m up against. I want to do good. That’s why I took the fight. I like to study, but we’ve had no footage. You don’t want to put yourself in a position for something new, and this guy has been doing it and his work has been blind to us. But we made the decision to make this fight about us.

It’s not that I’m afraid. I’m nervous. It’s something new. I just want to do good. I know what to expect for football, I’ve been doing that my whole life. This is new to me. I’m still learning. I’ve run a long time, but I’ve never run for training for a fight. It’s different than training football. A football player can’t do these workouts. And they’re in shape for football.

I would’ve never thought I’d be boxing Deron Williams, but he went on my Instagram, responding to one of my posts, and said he wanted to do it. Jake Paul did his thing. People get upset about it, but I don’t get upset. Jake Paul is taking this real seriously. I like Williams’ game. He’s a great baller. I met him, he’s a great dude. But we still gotta compete. And the best man will win on Dec. 18.

I just want to let people know that whatever you put your mind to, you can do it. I’m never going to settle. I’m going to keep moving to the next.