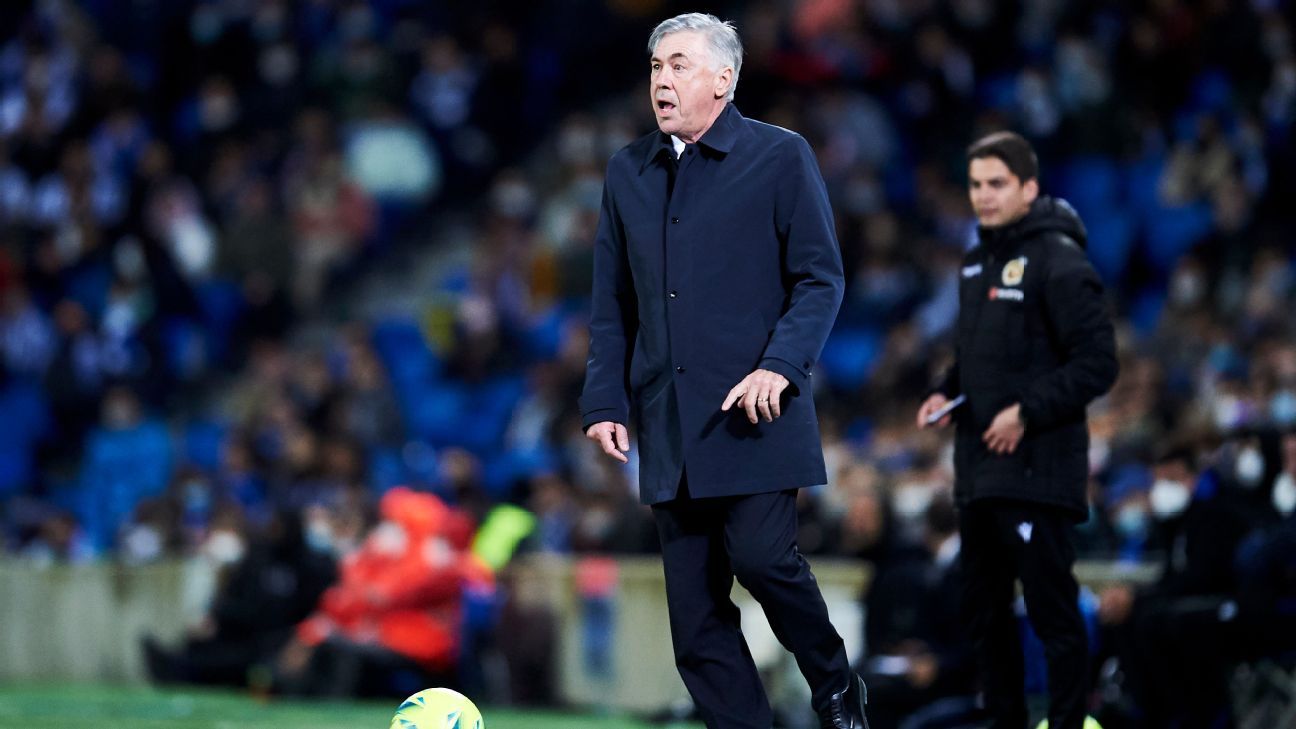 Carlo Ancelotti has said he now does not consider Barcelona “a direct rival” for the LaLiga title, with Real Madrid top of the table and Barca 18 points behind them in eighth place.

Madrid have won 10 consecutive games in all competitions — including against top four contenders Atletico Madrid, Real Sociedad and Sevilla — while Barca have dropped points against Real Betis and Osasuna in their last two matches under new coach Xavi Hernandez.

Xavi had insisted on Friday that his team could still compete for the league, but Ancelotti was not convinced when that claim was put to him in a news conference on Saturday.

“A direct rival? No,” Ancelotti said. “They’re further back than Sevilla, Atletico, Betis. But Barcelona have the quality to fight until the end. If I were coach of Barcelona, I’d say exactly the same.”

“We’ve had setbacks,” Ancelotti said. “But those who have tested positive are all OK… Unfortunately, we have to live with this. We never thought about postponing the game. We have a squad that can deal with it. Football and society have to carry on, while taking into account that we have to be careful and take precautions.”

Ancelotti said he did not yet know when midfielder Modric would return, after he followed his positive test with a negative result just days later on Friday.

“He hasn’t trained, he’s a bit tired and he had a fever this week, so he won’t play tomorrow,” Ancelotti said. “We have to assess what the rules say, whether he has to wait for 10 days or if he can train after a negative test, we have to clarify that.”

Forward Karim Benzema — LaLiga’s top goalscorer and assist provider so far this season — had been a doubt for the Cadiz game after he came off at half time in last Sunday’s Madrid derby.

Ancelotti confirmed that he would be available, and added Eden Hazard was in line for his first LaLiga start since September.

“He’ll start, he’ll get minutes and show his quality,” Ancelotti said. “He’ll play — not because there are absentees — but because he’s trained well and deserves to.”

Madrid were eventually drawn against Paris Saint-Germain in the Champions League round-of-16 on Monday after mistakes led UEFA to repeat the initial draw, which had paired them with Benfica.

“It was regrettable,” Ancelotti said. “But we’ll look ahead and think about playing a difficult but very exciting tie against one of the best teams in Europe.”