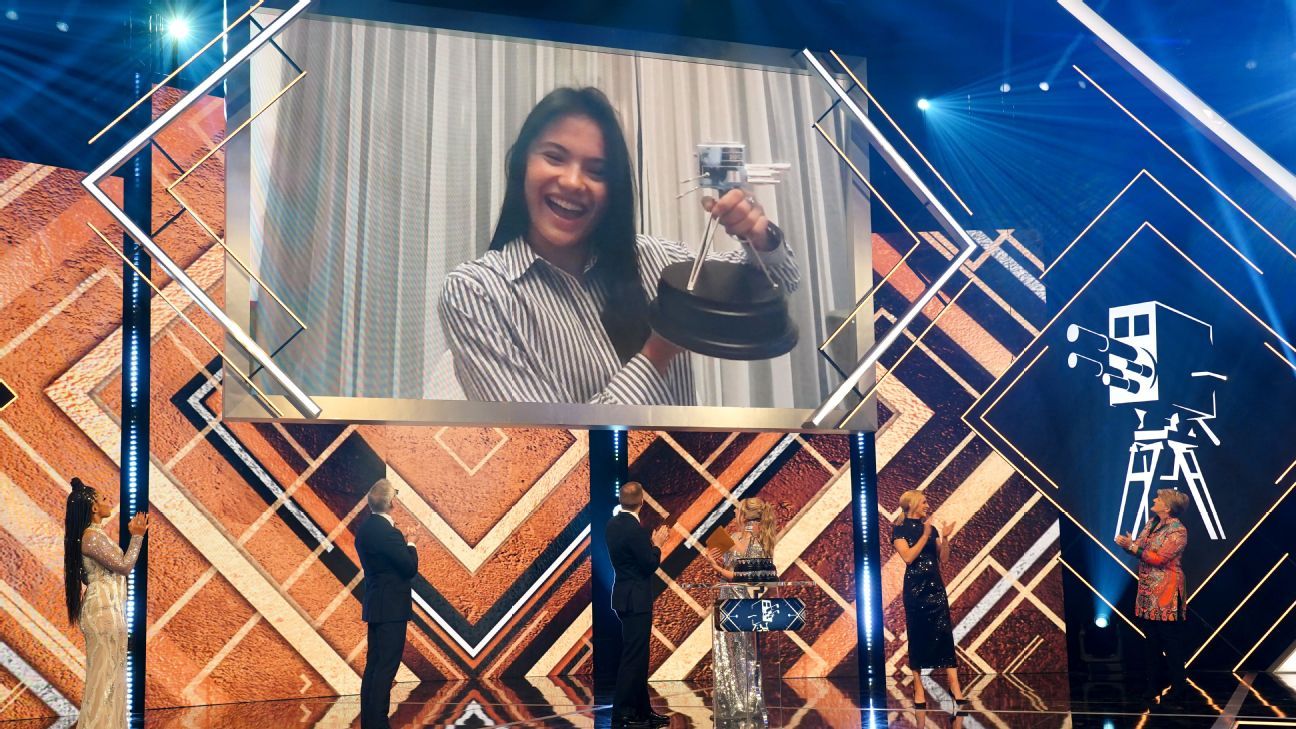 Emma Raducanu has won the BBC Sports Personality of the Year award, rounding off an incredible year where she became the first British women in 44 years to win a Grand Slam singles title at the U.S. Open.

Raducanu, then aged 18, was the first qualifier in the Open era to win a Grand Slam title, and also became the youngest women’s major champion since 17-year-old Maria Sharapova won at Wimbledon in 2004.

The 19-year-old could not be at the event to collect the award after testing positive for COVID-19 earlier this week, which forced her to pull out of the Mubadala World Tennis Championship as she prepares for her first full season on the WTA Tour.

“It’s such an honour to be amongst these nominees and congrats to you for such an amazing year and all your achievements,” Raducanu said on receiving the award.

“To win, it’s pretty amazing. I’ve watched Sports Personality of the Year growing up so I’m really humbled to join the amazing past winners.”

Raducanu had a fairytale summer, which started with her WTA main draw debut at Nottingham in June before receiving a wild card for Wimbledon. She had a spellbinding run at the All England Club, winning three matches before she retired mid-match against Ajla Tomljanovic in the fourth round.

Two months later, she took to the court in Flushing Meadows and did not drop a set in a flawless run to the U.S. Open final, sealing the title with a straight-sets victory over Canadian Leylah Fernandez on Sept. 11.

Since then, Raducanu has competed in three WTA events, the most recent in Linz, Austria, where she was beaten in the first round against China’s Xinyu Wang.

Last month, she capped her outstanding debut season with a win in a light-hearted exhibition match at the Champions Tennis event in London.

“[This year] has been absolutely insane,” she added. “The energy I felt at Wimbledon and playing in front of my home crowd, that was something I’ve never felt before.”

Earlier in the ceremony, Young Sportsperson of the Year was awarded to 13-year-old Sky Brown, who became Team GB’s youngest Olympic medalist at Tokyo 2020 when she claimed a bronze in the skateboarding.

Watson silent, but teammates talk buzz of return
“Remember Stuart Broad…”: Ruturaj Gaikwad Sends Reminder To Shiva Singh After Hitting Him For 7 Sixes
What to know for NFL Week 13: Score picks, bold predictions, fantasy tips, key stats for every game
How lessons from 2019 have impacted the Blues’ strategy this season
UFC ‘Fight Like Hell’ Night: Wonderboy vs. Holland — how to watch, plus analysis and betting advice