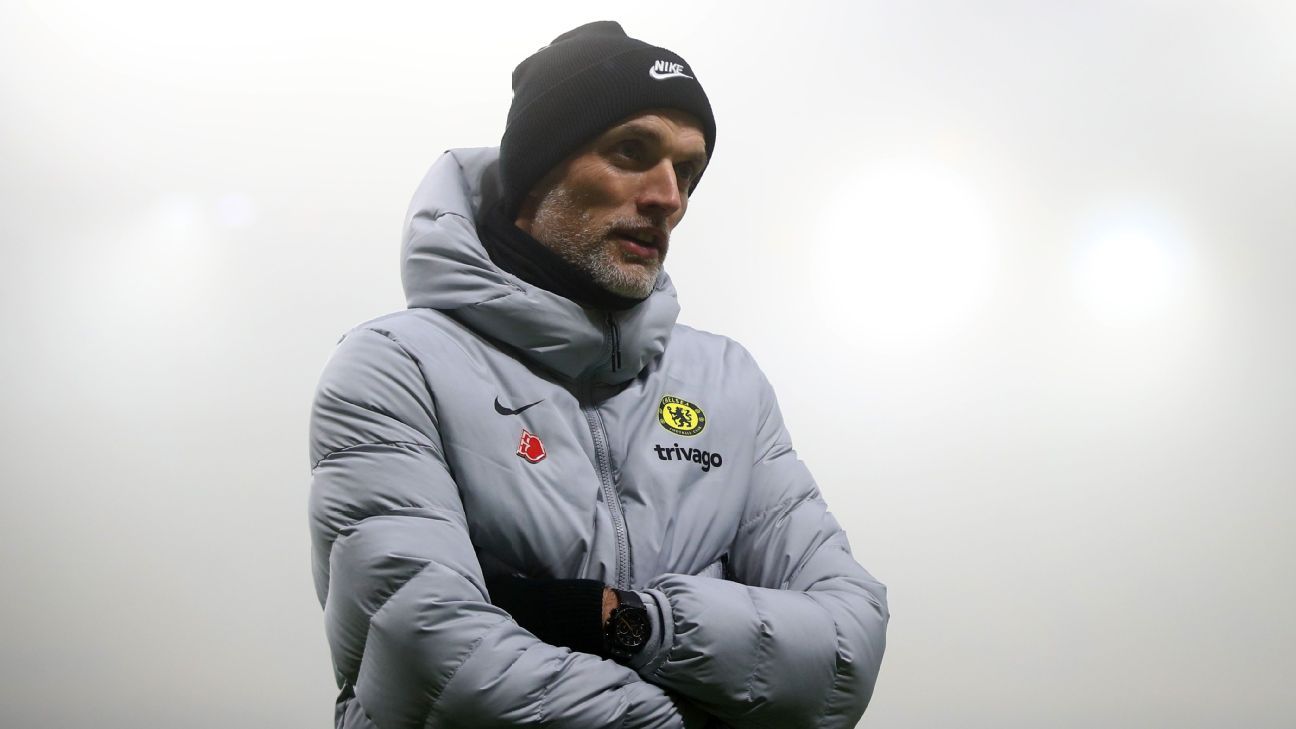 What has gone wrong with Chelsea? A blip has become something of a crisis for the European champions, and Thomas Tuchel’s halo has slipped a little. From being Premier League leaders and title favourites just a few weeks ago, Tuchel’s team have fallen to third, six points off the pace being set by Manchester City.

Anyone who witnessed their breathtaking 4-0 win over Juventus in the Champions League on Nov. 23 could see only blue skies over Stamford Bridge. Slick, threatening and with no apparent weakness, Chelsea inflicted the heaviest defeat in the Italians’ mostly distinguished European history. But in their previous home game on Nov. 6, the team had somehow contrived to turn total domination over struggling Burnley into a 1-1 draw, despite having 70% possession.

Then came Jorginho‘s misjudgement of a dropping ball to present Manchester United with another Stamford Bridge draw on Nov. 28 — two more points down the plug hole. A win at Watford on Dec. 1 came next, but Tuchel admitted his spluttering team had been “lucky.” Now there was cause for concern.

Chelsea still had their fabulous defensive record to lean on: They’d only conceded four league goals all season heading into December, with goalkeeper Edouard Mendy and a defence marshalled by Thiago Silva and Antonio Rudiger. No opposing team had put more than one goal past them in any game, and then came the implosion at the London Stadium as West Ham staged a stirring comeback to win 3-2 on Dec. 4. The previously superb Mendy had his worst day since arriving from France, giving away a penalty and being beaten by Arthur Masuaku‘s fluky long-distance winner.

Again, the ship appeared to be back on course when Jorginho scored with a 94th-minute penalty to beat Leeds 3-2 on Dec. 11; the truth was that Chelsea made very hard work of it against Marcelo Bielsa’s depleted outfit.

By now the table was making uncomfortable reading. Chelsea were off the top as Manchester City and Liverpool continued to pile up the victories. Surely Tuchel’s team would have a field day against an out-of-form and patched up Everton team at the Bridge five days after defeating Leeds?

No — instead of romping to the win everyone expected, they missed a host of chances. Even after Mason Mount broke the deadlock, they allowed Everton teenager Jarrad Branthwaite to nick a heroic point for the Toffees.

With COVID-19 cases growing in the Chelsea camp in the week prior to Christmas — Tuchel confirmed four positives within his first-team squad last Thursday — the club had asked for their Dec. 19 game at Wolves to be called off. The Premier League said “no,” and more points were dropped in a lacklustre 0-0 draw at Molineux as Chelsea could only name four substitutes.

Confidence has dropped, and the team’s mentality and concentration looks suspect heading into the festive period. Mistakes are mounting at both ends. The manager has tried to seem philosophical, but Tuchel must be worried. He had been making the job look easy, but suddenly it resembles a trek through treacle.

Thomas Tuchel sounds off about the risks Chelsea had to take with several players to field a squad against Wolves.

A big factor has been the absence of the midfield master N’Golo Kante, who has started only seven Premier League games because of injury and illness. Mateo Kovacic, who had been in sparkling form, was injured in late October; his craft and technical expertise has been badly missed as well, despite some decent shifts from Ruben Loftus-Cheek in that area of the pitch.

Then there is the Romelu Lukaku factor. The Belgian international, signed this summer for a club record £97.5m, began his second stint at Chelsea with four goals in four games, and it looked like he would be the final piece in their puzzle. Then he went seven games without a goal before a nasty ankle injury against Malmo in the UEFA Champions League. Now he’s among the Blues in isolation for a positive COVID-19 test. There is the suspicion, too, that Tuchel is still working on the best way to maximise Lukaku’s qualities within his preferred formation and set him up to produce the 30-goal form he produced during Inter Milan’s title triumph last season.

Ben Chilwell, who at his best gives Chelsea an extra dimension wide on the left of Tuchel’s 3-4-2-1 set-up, has missed the past seven games with a partial cruciate tear, and that has robbed this team of some of its threat. Marcos Alonso is a classy deputy, but he lacks Chilwell’s pace.

It’s not all doom and gloom, of course. Chelsea are still third in the table, six points above fourth-place Arsenal, Reece James has been terrific, and a revitalised Mount has scored four in his past five Premier League games. But Andreas Christensen‘s impressive progress has been blighted by a contract dispute, and even Rudiger’s future at the club is yet to be secured. (His contract is set to expire in June, 2022 as well.) Others like Kai Havertz, Timo Werner, Christian Pulisic and Hakim Ziyech are, for one reason or another, shining only in cameos rather than putting in sustained runs of form.

Recent results have undoubtedly robbed the team of a little of its swagger and belief in this vital phase of the season. They need to stop the rot, and fast, so here comes the acid test for Tuchel after his resounding success in taking over from Frank Lampard at the beginning of the calendar year.

Can he get this very gifted group back on track, or is the stardust he brought to West London wearing off?

The six-point deficit at the top might not sound like much, but it will take a lot of dragging back as Chelsea’s two main rivals for the title are setting a scorching pace at the top. Over the past eight games, leaders Manchester City have not lost a single point and Liverpool have only dropped five compared to Chelsea’s 11.

As fate would have it, Liverpool are the first league visitors to Stamford Bridge in 2022, and after that, Tuchel takes his team to City on Jan. 15. It is a perfect chance for Chelsea to haul themselves back into the race — or to be knocked out of contention. The situation has become that stark.