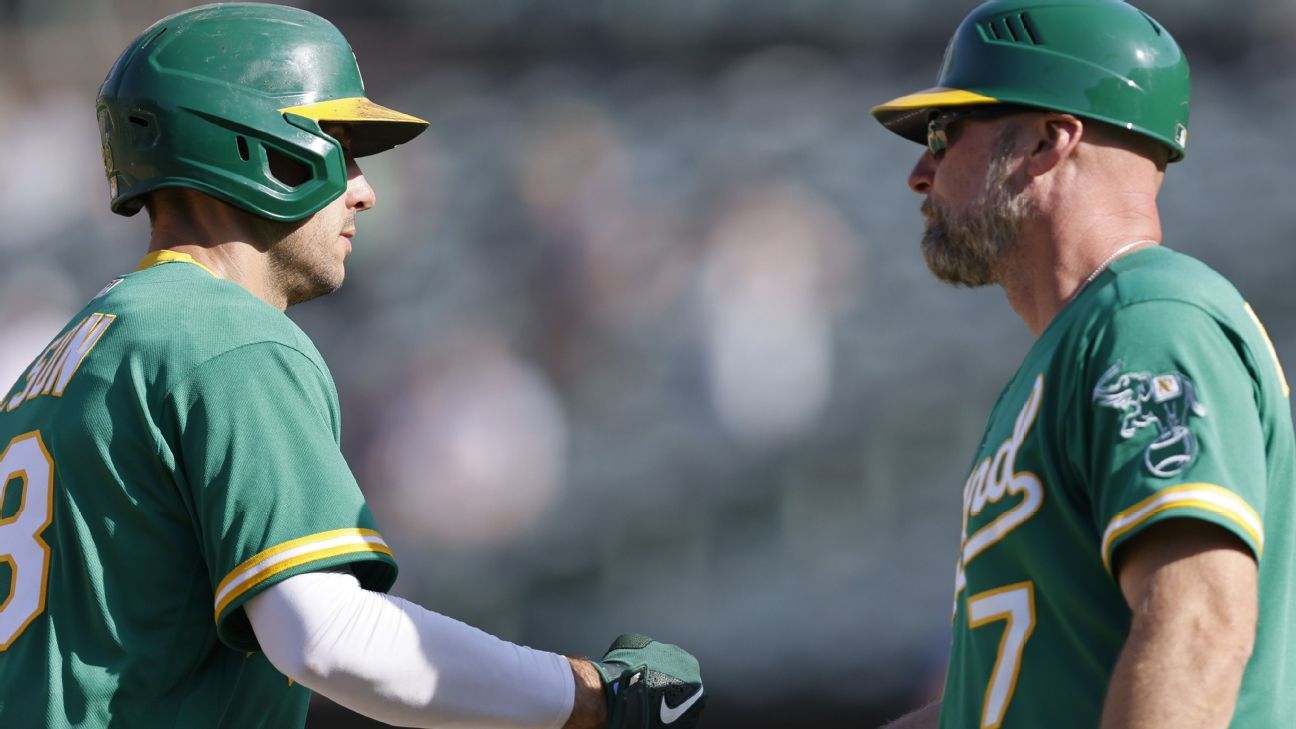 The Oakland Athletics have hired Mark Kotsay to be their next manager, sources told ESPN’s Jeff Passan on Monday, confirming an earlier report.

Kotsay, 46, was Oakland’s third-base coach last season and is a former bench coach with the Athletics. He now takes over for Bob Melvin, who left to manage the San Diego Padres.

Kotsay is a former major league outfielder who played for seven different teams, including the Athletics. He finished his career with 127 home runs, 720 RBIs and a .276 batting average.

The Athletics, who have long been an American League contender with a small payroll, continue to compete for postseason appearances. Oakland was deep in the mix for a wild-card berth last season before eventually giving way to the Boston Red Sox and the New York Yankees.

Oakland, in what surprisingly turned out to be Melvin’s last season, finished 86-76, six games off the wild-card cut-off line.

As MLB takes a turn toward spring training, there have been rumors swirling about potential Oakland trades that could alter the club’s payroll and makeup. But nothing major has surfaced yet.

Reports have the A’s considering moving stars Matt Chapman and Matt Olson, both of whom have two years of control remaining. If those players move, Oakland’s other core players would also presumably be available, including starting pitchers Sean Manaea (one year of control), Chris Bassitt (one) and Frankie Montas (two). Some have whispered that catcher Sean Murphy (four years of control left) could also be had for the right offer.