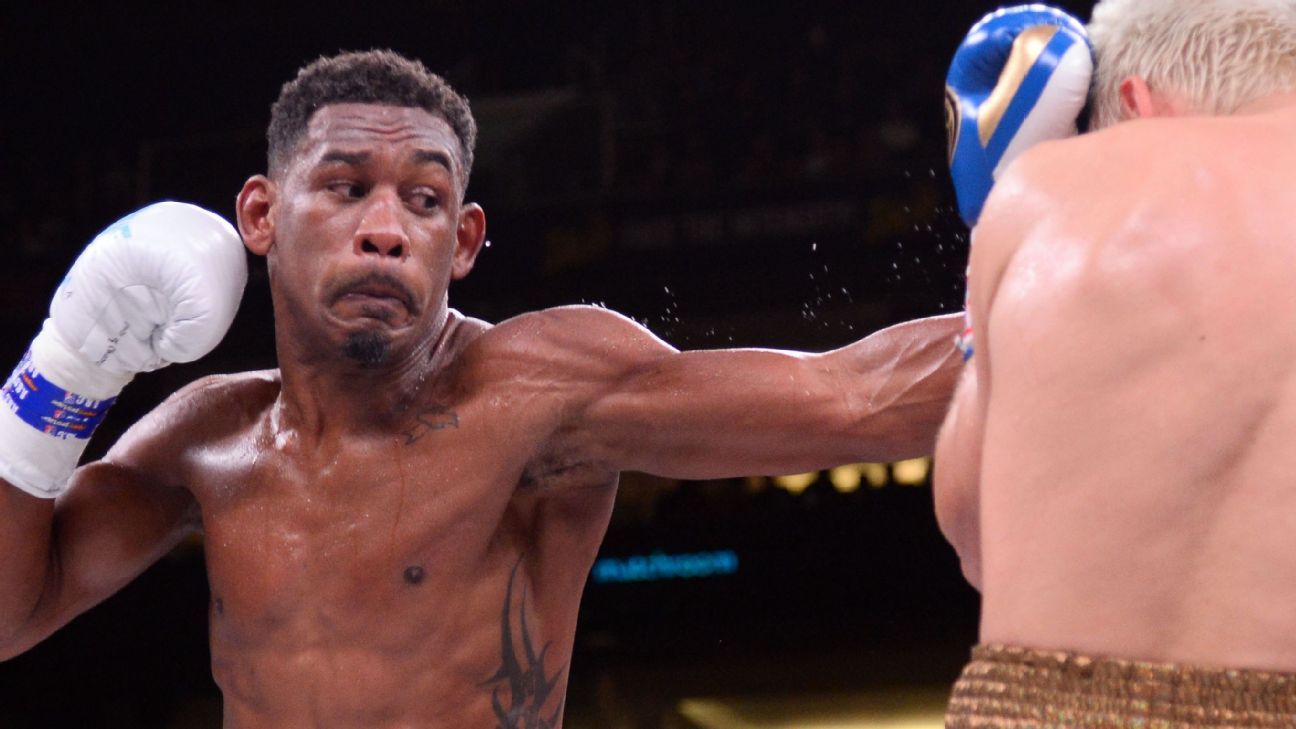 Daniel Jacobs and John Ryder have struck a deal for a super middleweight fight that will headline a DAZN event Feb. 12 in London, sources told ESPN Monday night, confirming an earlier report.

Jacobs, who will be 35 on fight night, will be competing at 168 pounds for the third time since he lost his 160-pound title to Canelo Alvarez in 2019. The Brooklynite’s résumé also includes a close decision loss to Gennadiy Golovkin.

Jacobs (37-3, 30 KOs) is coming off a lackluster decision victory over gatekeeper Gabriel Rosado in November 2020. The cancer survivor is rated No. 5 at 168 pounds by ESPN. Jacobs is reunited with longtime trainer Andre Rozier for the bout.

Ryder (30-5, 17 KOs) dropped a controversial decision to Callum Smith in a November 2019 title fight that greatly improved his stock. The 33-year-old, a native of London, will enjoy a homecoming in his second high-profile bout. Ryder is rated No. 7 by ESPN at super middleweight.

Sports Illustrated first reported the news of the match.

Zinchenko: No more laughs at Arsenal title push
Bolts win 11th straight at home, end Bruins’ run
Michigan RB Corum says prized Camaro stolen
The secret history of NBA players “walking the dog” — and how Ja Morant perfected it
Who will go to the Super Bowl? Our guide — including picks — for 49ers-Eagles, Bengals-Chiefs