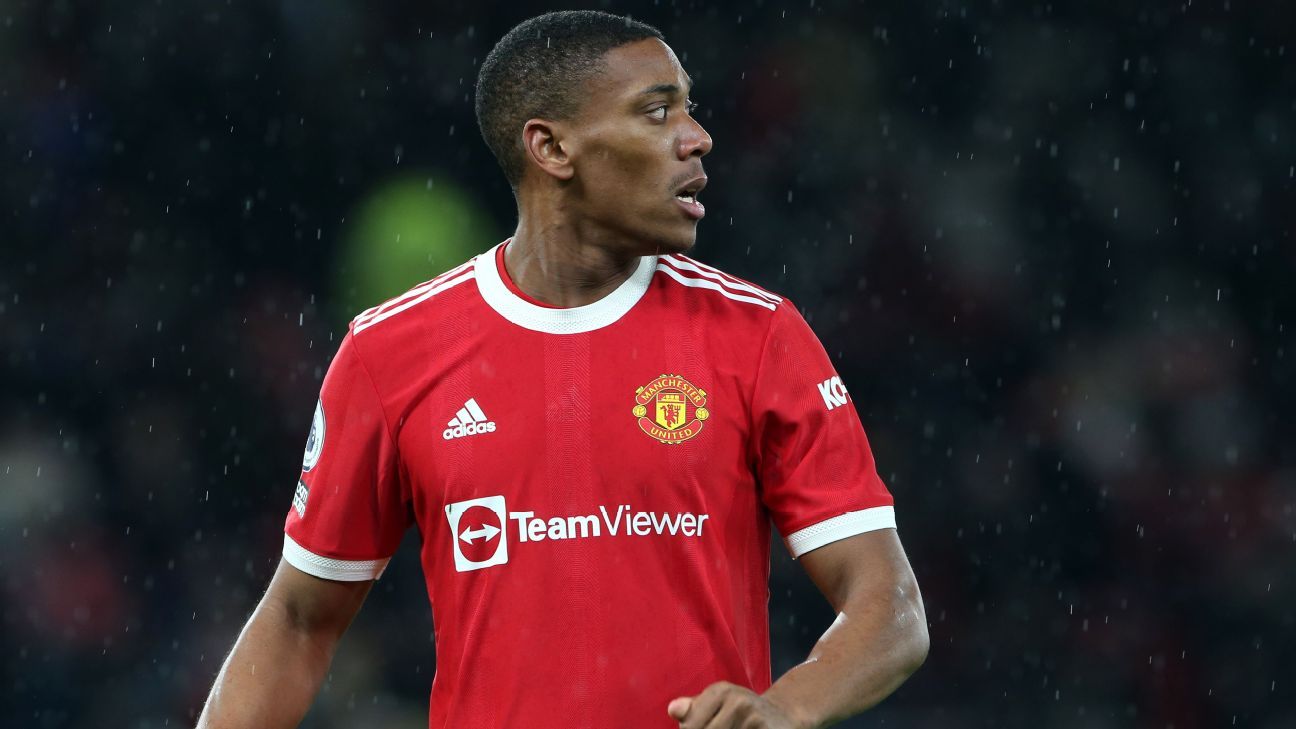 Manchester United interim manager Ralf Rangnick has confirmed Anthony Martial has asked to leave the club in January but no club has registered interest.

Martial held a meeting with Rangnick last week, and he backed up the claims of his agent, Phillippe Lamboley, confirming that he wishes to leave the club.

Rangnick said he is sympathetic to Martial’s situation after struggling for opportunities this season, but added the 26-year-old will only be granted a move if it suits the club.

“We spoke at length and he explained to me he has been at Manchester United now for the last seven years and he feels it is the right time for a change, to go somewhere else,” Rangnick said.

“I think in a way this is understandable. I could follow his thoughts but on the other hand, it’s also important to see the situation of the club.

“We have COVID-19 times, we have three competitions in which we still have high ambitions and want to be as successful as we can be.

United are expecting a quiet January window, although Rangnick will be allowed to strengthen the squad if an opportunity presents itself.

Liverpool manager Jurgen Klopp has said he would be reluctant to sign players who are not vaccinated against COVID-19, and Rangnick has confirmed United will also look at vaccination status during their recruitment process.

“I think it could be a consideration, and I fully understand what Jurgen said but it also depends if you want to sign a player and risk him not being available,” he said.

“This is an issue the clubs seriously have to think about. If you sign a player knowing from the very first day that he has not been vaccinated, you have to be aware that he might not be available — not only for 10 days, but this could happen regularly in COVID-19 times.”

United’s fixture at Newcastle is set to go ahead on Monday after games against Brentford and Brighton were postponed due to a coronavirus outbreak among players and staff.

Despite being forced to close the training ground, Rangnick said United players will be left to decide for themselves whether to get jabbed but has urged those unwilling to consider the experience of Bayern Munich‘s Joshua Kimmich when making their decision.

Kimmich had refused to get the COVID-19 vaccine but later said he regretted that decision after contracting the virus, which caused him to suffer minor lung issues that have ruled him out until January.

“He [Kimmich] was extremely hesitant at the beginning and I think in the meantime he has realised it might be a good idea to get vaccinated,” Rangnick added.

“He caught COVID-19, and he still has some problems with his lungs. Hopefully he’ll be back after Christmas in the new year at full strength and can play again for Bayern Munich.

“I think this is an issue where of course everybody can and should have his free will but I think in football, especially at this level we are playing at, we need to try to convince our players to get vaccinated.

“And to be honest, I don’t know which of our players have had two or three vaccinations.