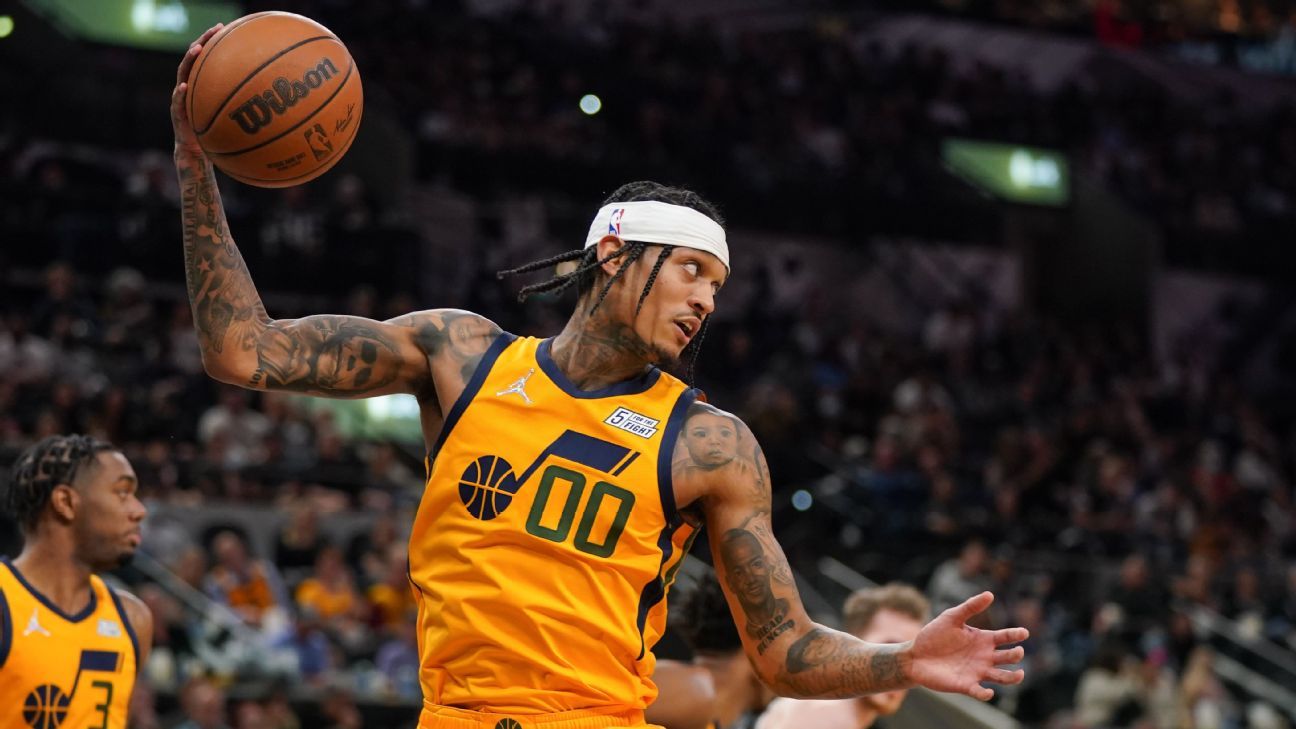 SAN ANTONIO — Jordan Clarkson helped lift the short-handed Utah Jazz over the Spurs after he got into a confrontation with a Spurs fan he said “crossed the line” on Monday.

Clarkson, who is from San Antonio, was upset by a non-call on his shot attempt and did not run downcourt in time to prevent a 3-pointer from Doug McDermott with four minutes remaining. Utah called a timeout as San Antonio pulled within 94-80, at which point the fan stood up and yelled at Clarkson.

After initially ignoring the fan and walking toward the Jazz’s bench, Clarkson said the fan “crossed a line” with his comments but did not repeat what the fan said. Clarkson stopped, turned and began walking toward the fan until his teammates rushed to hold him back and security got between the two. Security escorted the fan out.

“The guy just keeps antagonizing me, like almost challenges me like, “What you gonna do?'” Clarkson said. “After saying a bunch of stuff. I make money, I ain’t trying to lose no money. I’m going to lose more money than he’s going to lose. He’s probably going to just get kicked out of the game. We’re playing basketball, having a good time. Fans got to learn, we’re human, we’re people, too. Stuff like that just can’t fly.”

Clarkson, who scored 23 points for a Jazz team missing injured guard Donovan Mitchell, sealed the 110-104 win with a pair of free throws soon after the confrontation.

Mitchell is expected to miss at least two games after straining his back in the first quarter of Saturday’s win over Dallas.

Utah has now won 12 of its past 14 games and sit just three games back of the Golden State Warriors for the best record in the Western Conference.

The Associated Press contributed to this story.