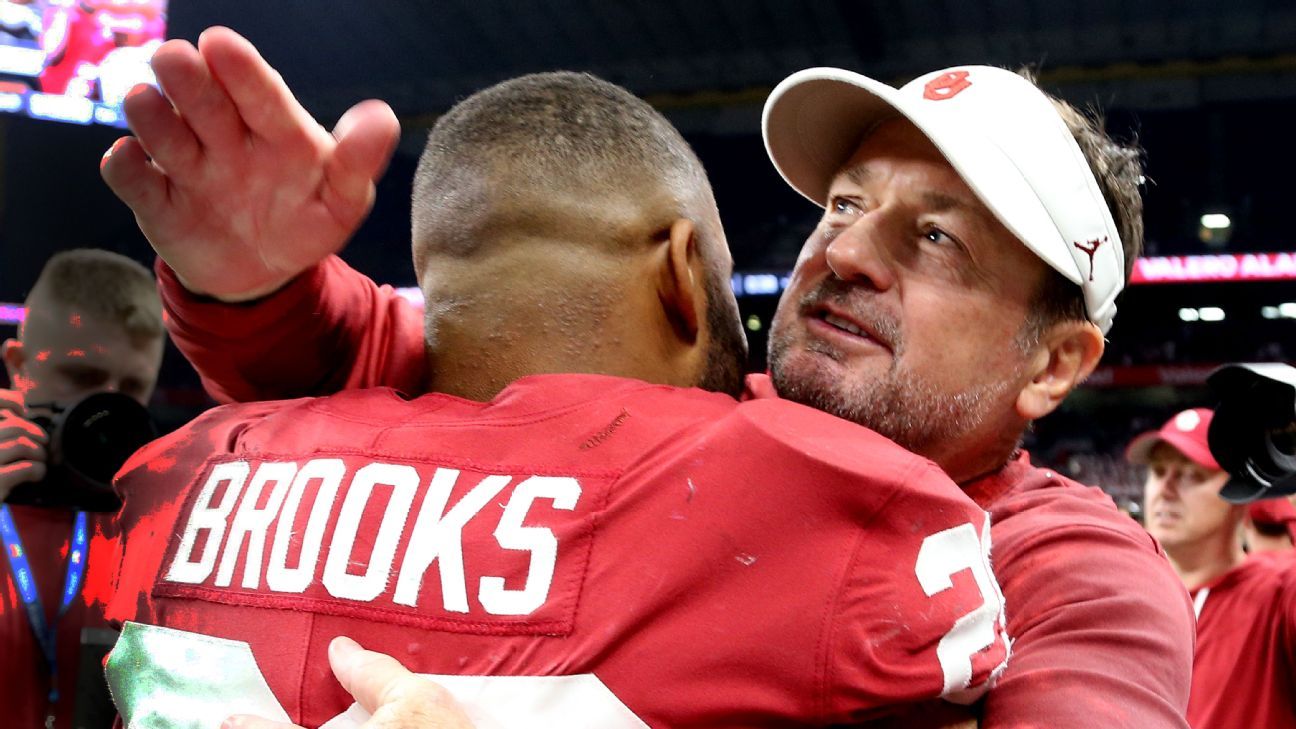 Kennedy Brooks ran for 142 yards and three touchdowns, Caleb Williams passed for three more scores and the 14th-ranked Sooners rode a dominant first half to a 47-32 win over No. 15 Oregon in the Alamo Bowl on Wednesday night.

The victory marked a brief and happy reunion for the coach and school he led to a national championship and 10 Big 12 titles from 1999 to 2016. Stoops was called off a golf course to come out of retirement to coach the bowl game after the abrupt departure of Lincoln Riley for Southern California.

“I’ve been out of it, came back,” Stoops said. “It was fun. More than anything, I appreciate the young people, the guys in the program, embraced me, were all in, and worked hard.”

Stoops earned career win No. 191 and boosted his bowl record to 10-9. Getting the latest victory was maybe the easiest part in all this.

Just as important were the tasks of steadying the program overall after Riley’s bolt west turned it upside down. And Stoops had to build a stable bridge to the new era under incoming coach Brent Venables, his former Oklahoma assistant who has spent the past nine seasons at Clemson.

“They’re getting a guy with passion, a guy that loves the game,” Stoops said. “A winner.”

And the coach who once earned the nickname Big Game Bob also turned into Big Hug Bob when he got to embrace son and Sooners receiver Drake Stoops after a second-quarter touchdown catch. Drake walked on at Oklahoma in 2018 after Bob had retired.

Oklahoma (11-2) raced out to a 30-3 lead as Brooks and Williams sliced up the Oregon defense. Brooks had 127 yards on just 10 carries in the first half with scoring runs of 16 and 29 yards, and another 40-yard run that set up Williams’ first touchdown pass to Drake Stoops.

Williams’ 55-yard TD pass to Marvin Mims Jr. hit the receiver perfectly in stride behind two Ducks defenders who were two steps late. Brooks then punched in the final score of the half.

The Sooners were so dominant at that point they looked like some of Stoops’ old teams of bulldozing running backs, defense and Heisman Trophy-winning quarterbacks.

But Oregon (10-4) didn’t quit and made a game of it in the second half. The Ducks scored three touchdowns in the third quarter, two coming on long throws by quarterback Anthony Brown, to get within 44-25 by the start of the fourth. Brown finished with 306 yards passing, and Travis Dye rushed for 153 yards and a touchdown for Oregon.

Oregon was led by assistant coach Bryan McClendon, elevated to interim head coach for the bowl game after Mario Cristobal left for Miami. Oregon has hired Georgia defensive coordinator Dan Lanning, who will take over the Ducks after the College Football Playoff.

“It hurts,” McClendon said. “As well as we played in the second half, it’s not a consolation prize.”

Riley’s sudden departure and several players bolting early for the NFL or transferring had the program’s fan base in a bit of a panic. Venables was at the game and was around the team during bowl practices. He should have a keen handle on where the Sooners are headed next season.

Venables’ biggest job is building a potential future with Williams, who hasn’t said definitively whether he plans to stay with the Sooners next year.

Williams did not settle the issue after the game. He called the last few weeks a “roller coaster” and said he will be taking a vacation with his family.

“Oklahoma chose the right guy to come in here,” Williams said of Venables.