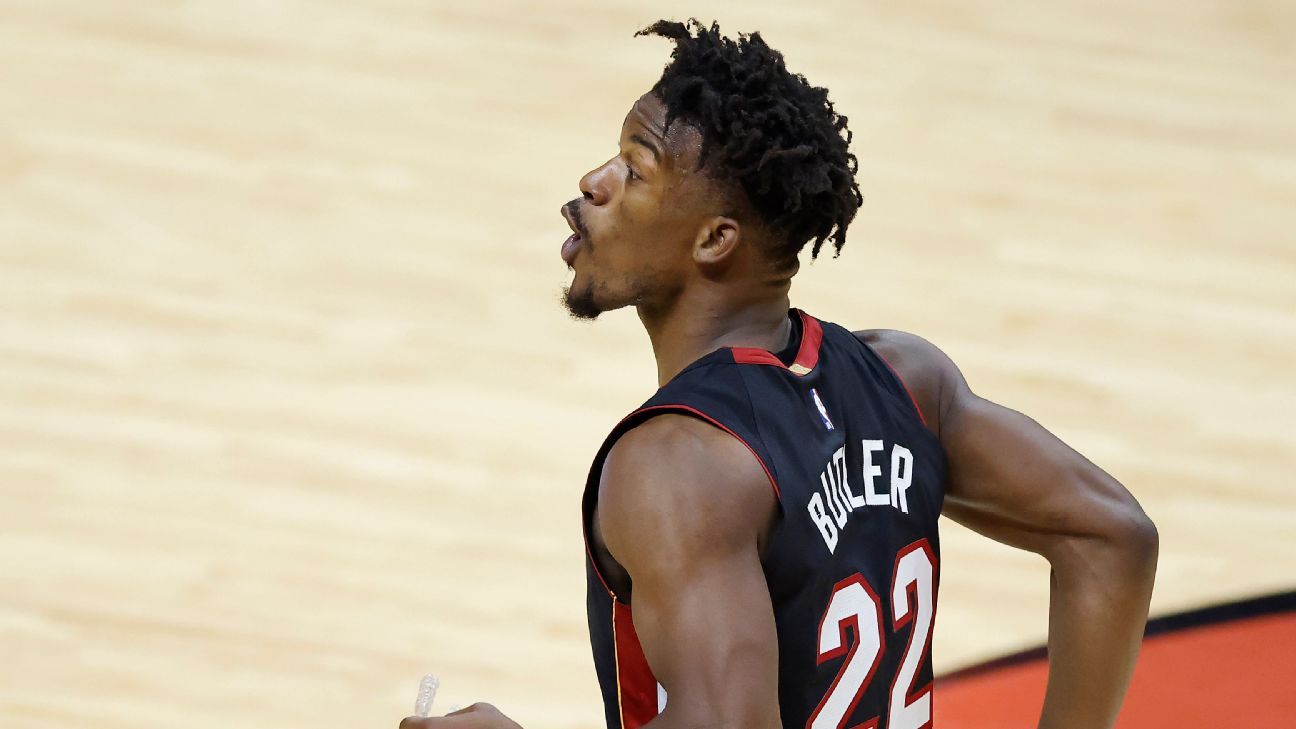 The Miami Heat have ruled out forward Jimmy Butler for Wednesday night’s game against the Trail Blazers in Portland.

Butler injured his right ankle late in the third quarter of Monday night’s 115-108 loss to the Golden State Warriors. The Heat provided no other updates Tuesday beyond ruling him out against the Blazers.

“He turned it,” Heat coach Erik Spoelstra had said after Monday night’s loss. “If you talk to Jimmy right now, he says he’s fine.

“We will have to evaluate it and see how he feels.”

Butler suffered the injury when he went to plant his right foot on a move but also appeared to lose his footing. He fell to the floor while holding the ball and was in pain as play was stopped with 3 minutes, 14 seconds left in the quarter.

Miami took a timeout, and Butler had to be helped off the floor by two Heat members, as he was unable to put any weight on the ankle.

Butler has had issues with his right ankle this season. He missed three games in November because of a right ankle sprain. And he turned his right ankle in a game against the Washington Wizards on Dec. 28. He was ruled out against the San Antonio Spurs in a Dec. 29 game that was eventually postponed.

Butler had 22 points and five rebounds before his latest ankle injury. The Heat star has missed 15 games this season because of injuries. He missed four games from Nov. 29 to Dec. 4 because of a tailbone injury. He returned for one game and then banged his tailbone again, forcing him to miss eight straight games in December.