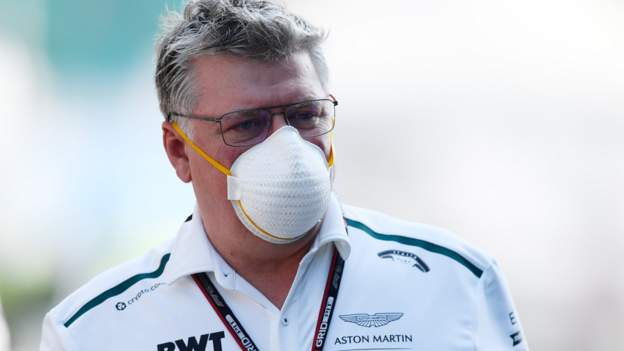 The 57-year-old had been with the Silverstone-based team since 2009.

An Aston Martin statement said the current leadership team would take over until his replacement is announced.

Former McLaren boss Martin Whitmarsh joined the team in September 2021 following months of speculation that Aston Martin were looking for someone to replace or oversee Szafnauer.

Announcing the Romanian-American’s departure, Aston Martin said they were comfortable taking “a little time to explore options before announcing a new team structure”.

A statement added: “We would like to thank him for the service provided to the team over the past 12 years and wish him well for the future as he will undoubtedly take on new challenges.”

Aston Martin were seventh in the 2021 constructor standings, while Sebastian Vettel finished 12th in the drivers standings and Lance Stroll one place further back.

Szafnauer was linked with a switch to rivals Alpine last season, but dismissed reports of a move as “pure media speculation and not based on fact”, saying that he had “no intention” of leaving Aston Martin.

Alpine chief executive officer Laurent Rossi said at the end of last season that he was considering organisational and management changes at his team.

“Learn How To Love”: KL Rahul, Athiya Shetty’s Cute First Post After Wedding
Washington State extends Dickert through ’27
The 13 U.S. debutants you need to know in January friendlies
Is anyone getting into the Hall of Fame? Everything you need to know on ballot reveal day
Chasing history in Boston: The numbers behind the Bruins’ wild 2022-23 season