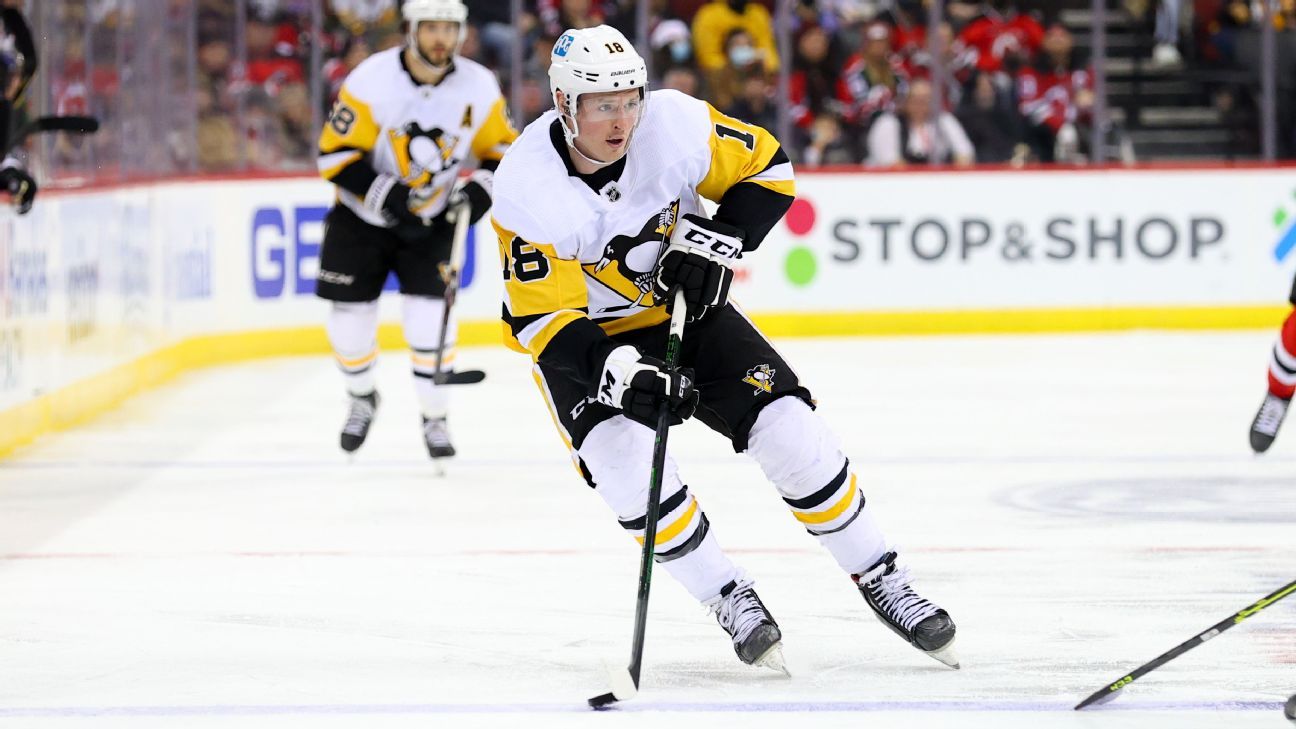 CHICAGO — The Chicago Blackhawks acquired forward Sam Lafferty in a trade with the Pittsburgh Penguins on Wednesday in exchange for forward Alex Nylander.

Lafferty is slated to join the slumping Blackhawks in Arizona. The 26-year-old Lafferty, who is signed through this season with a $750,000 salary-cap hit, has no goals and two assists in 10 games with the Penguins this season.

Nylander has spent this season with Rockford of the American Hockey League, collecting eight goals and four assists in 23 games. He had 10 goals and 16 assists in 65 games for Chicago during the 2019-20 season and then missed last year because of a left knee injury.

Nylander, 23, was selected by Buffalo with the No. 8 pick in the 2016 draft. He was traded to Chicago in July 2019 for Henri Jokiharju, who has developed into a promising young defenseman for the Sabres.

Lafferty, a fourth-round selection by Pittsburgh in the 2014 draft, has six goals and 15 assists in 94 career NHL games.

Chicago has dropped five in a row heading into Thursday night’s game at Arizona.

The Blackhawks also announced that they had recalled Nicolas Beaudin from Rockford and assigned the defenseman to their taxi squad. Veteran forward Brett Connolly was assigned to the taxi squad from the active roster, and forward Kurtis Gabriel and defenseman Alec Regula were reassigned to Rockford.