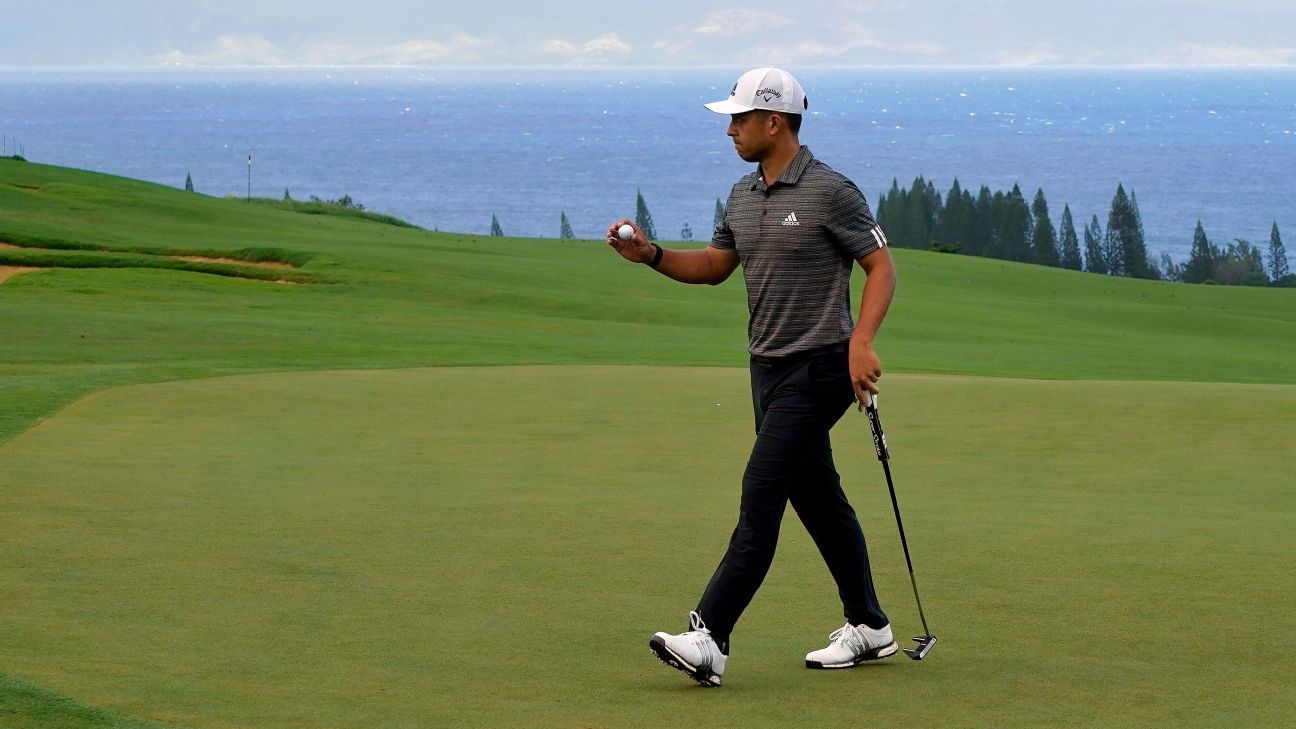 The PGA Tour heads to the Kapalua Plantation Course on the beautiful island of Maui for the opening tournament of the 2022 calendar year.

Justin Thomas has traditionally dominated this event, but does he have it in him again this year?

Which players are the favorites this time around, who offers good odds and what props are worthwhile?

Bearman: The unofficial start of the 2021-22 season at Kapalua only has 39 golfers, all of which had to have won a tourney last year to get the trip to Maui. Normally, it’s hard to find great value in picking a favorite in a 144-man field, but with 39 tour winners in the field, most of which have not played much since August, go with what you know. Justin Thomas is a co-favorite with Jon Rahm, both coming in +850. So why Thomas?

For starters, he’s been fantastic on The Plantation Course, with two wins (2017, 2020) and two 3rd-place finishes (2019, 2021) in the last five years. Thomas is also 4th in shots gained here over the last 5 years. Unlike Rahm, he has some rounds under his belt this season, finishing 3rd at Mayakoba and 5th at Hero World Challenge last month. JT finished 2021 3rd in shots gained tee-to-green, 6th in SG: total and 3rd on approach. With Kapalua’s wide open fairways and large greens, JT should be right in the mix for a 3rd title this week.

Marks: JT has won here twice before, and is flying to Hawaii in good shape, with two top 5 finishes in three tournaments this season. He ranks top 5 on Tour in SG on approach in his last 24 rounds, which is a huge metric on these Bermuda greens. Sentry requires some thinking and course knowledge. Therefore, having Bones on his bag is a huge advantage this week.

Bearman: At 25-1, Patrick Reed’s odds are 17th in a 39-golfer field, and he’s perfectly ok with that. Everyone is going to hit fairways and greens at Kapalua as it’s among the easiest courses on Tour. What sets you apart in Maui is a good short game when your second shots are from 90 yards in and avoiding three-putting the enormous greens. Enter Captain America, who was the Tour leader last season in three-putt avoidance, 3rd in overall putting and 7th in SG around the green. Reed finished in the top 5 in every statistical putting category, which should have him in contention this weekend. He had an unfortunate ending to the season with double pneumonia costing him a spot in TOUR Championship and the Ryder Cup, likely leaving him with a little chip on his shoulder. We have already seen some dividends of the bounce back with runner-up finish in Bermuda in October and a 3rd last month at Hero World Challenge. As for his track record here in Maui, he won in 2015 and was runner up in 2016 and 2020.

Fallica: He’s been a machine here, winning in 2019. He very easily could have won in 2020 when he lost in a playoff and finished T-5 last year. He’s about as safe a Top 10 pick as there is in a no-cut, limited field event.

Fallica: Led the field in SG tee to green last year in his debut at Kapalua and finished T-5. He’s someone who has played very well early in the season, and I’d expect that to continue here.

Fallica: Harris English was a surprise winner last year, and Herbert could find himself a surprise lurker on the leaderboard Sunday. Fresh off a win in Bermuda with a couple of 65s, he could get hot with the putter and be worth a little play at a big price.

Marks: Spieth’s love for this tournament and how perfectly his game fits this track should put him in contention on Sunday to win, let alone finish in the top 5. Putting is the most important metric at Kapalua, and Spieth is 1st on tour in SG putting his last 24 rounds. Ancer struggles putting on Bermuda greens, so I love Spieth’s odds in his 3 group.

Marks: Im is an excellent ball striker, and although he has struggled putting, he is much better on Bermuda greens. He ranks top 3 in SG tee to green on tour coming into the tourney. If his flatstick makes an appearance, watch out!

Marks: Gooch won the RSM Classic in the fall, and he has dominated the field in approach shots during his last seven events. The fairways are wide enough for him to stay out of trouble off the tee.

Marks: #BermudaBurns… should eat up these greens, where avoiding three-putts is key, and Burns ranks in the top 5 on tour in doing so. My only concern is this is his first time teeing it up at Sentry — and experience is important — but his putting alone will keep him in the game.

Marks: Schauffele won here in 2019, and was the bridesmaid in 2020. He gains strokes in all four major categories everytime he tees it up. Meanwhile, the airline has misplaced Hovland’s golf bag, and he has been in Hawaii the last several days without his clubs… NO BUENO!