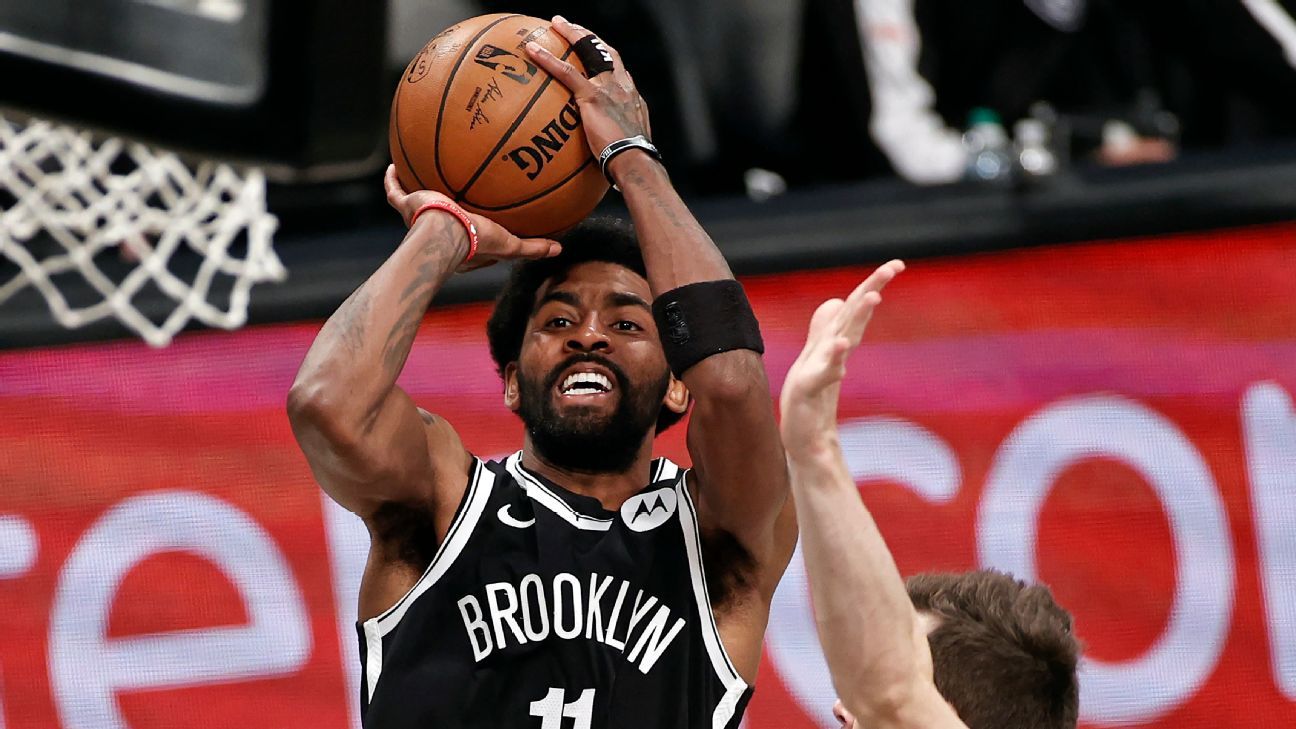 INDIANAPOLIS — Brooklyn Nets guard Kyrie Irving will make his season debut Wednesday night against the Indiana Pacers — but Nets coach Steve Nash didn’t want to reveal whether Irving would start or come off the bench. No matter what Nash decides to do, he is confident that Irving will play “a big chunk of the game.”

“I don’t think it’s where he can play 38 [minutes],” Nash said after Wednesday’s shootaround. “But I think he can play a big chunk of the game. He’s played a lot — he’s had three or four full court days with the 5-on-5, so I think he’s capable of playing extended minutes, but not necessarily his customary high 30s.”

Irving, who is not vaccinated for COVID-19, will be making his debut after the Nets reversed course last month and decided to allow him to re-join the team as a part-time player. Irving is not currently eligible to play in home games because of the New York City vaccination mandate. After deciding they didn’t want to have a part-time player before the season started, Nash was asked why the arrangement would work now.

“I think when we realized how much stuff was thrown at us, COVID, COVID got dicey,” Nash said. “We ended up having 13 players who had COVID. We were going around signing a bunch of 10-days when we have a guy who can play for us, so what’s the difference between a 10-day and a guy — those are part-time players too.

“It was an opportunity to bring [Irving] back in the fold and use a resource that we have that we weren’t using. So — everything has been in flux this season and last season so I think there’s the other case to it too. We have been adaptable. We’ve found solutions. We’ve found ways to work through situations. We’re going to bring him back in now.”

Nash said he expected Irving to have “a little bit of nerves,” in his return, but he added that “he just looks excited and happy to be back. And enthusiastic.”

The Nets are hoping that Irving’s return can give a needed lift to a team that comes into Wednesday’s contest having dropped three straight games.

“It’s been fun, man,” Nets big man LaMarcus Aldrige said of having Irving back. “He’s a very talented guy, good teammate. I had some time with him last year. So I’m excited to have him back for sure … he looks good. He’s Ky. He’s a professional and he’s talented so he looks good.”

Irving’s presence should also take some pressure off Nets stars Kevin Durant and James Harden, both of whom have been drawing even more defensive pressure without Irving on the floor. Nash noted that in theory Irving being back should be able to ease the workload on Durant and Harden, but that is easier said than done.

Nash knows that it will take a little time for Irving to get comfortable again with some of the new wrinkles within the Nets system, but he is confident the 29-year-old will be able to find his rhythm quickly.

“It might take a little bit but Kyrie knows what he’s doing,” Nash said. “He’s been with us and he also can adapt to situations and so we haven’t had a ton of time to really give him the tutorials, but that’s something that we are happy to do on the fly as well. But more importantly, try to feel a sense of cohesion with his teammates, get comfortable playing the game, before we overload him with a ton of thoughts. I think he’ll be fine.”