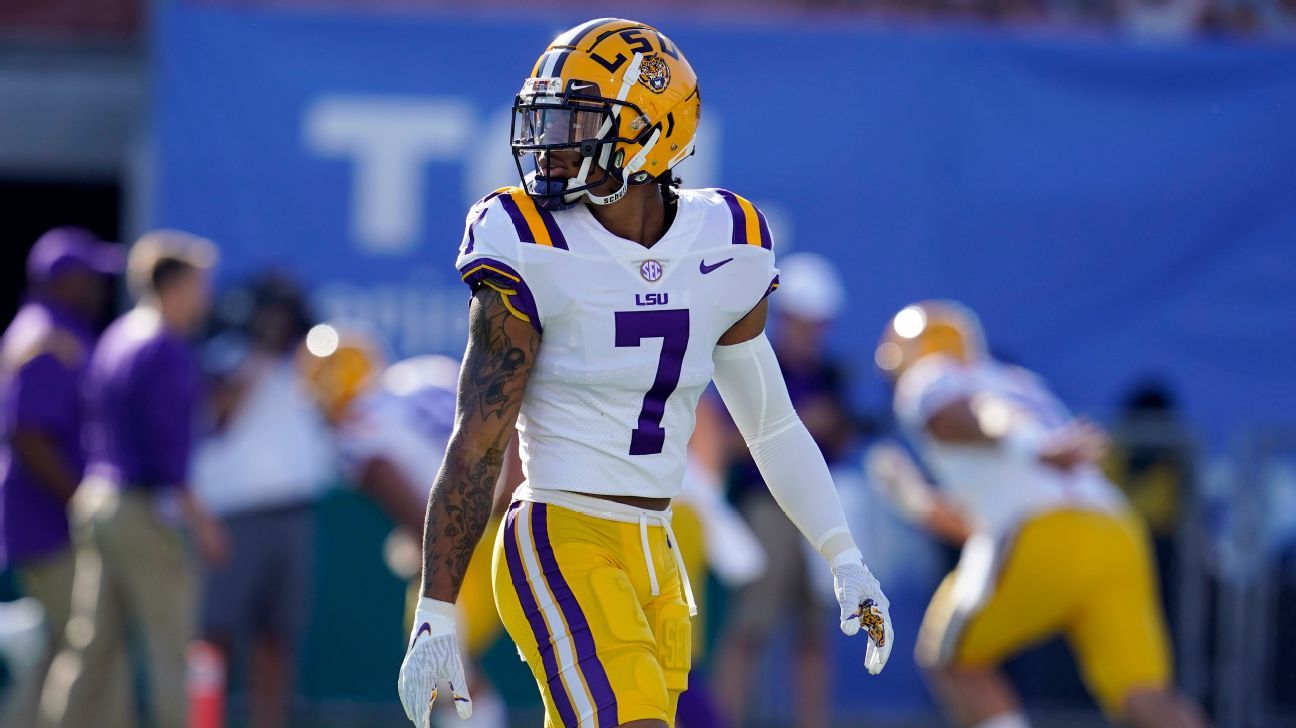 LSU cornerback Derek Stingley Jr. is entering the NFL draft, he announced through The Players’ Tribune.

Stingley appeared in only three games this season, recording eight tackles and 3.5 tackles for loss, before undergoing left foot surgery in October. ESPN’s Mel Kiper lists Stingley as the No. 5 overall prospect for the NFL draft. Stingley earned All-America honors and first-team All-SEC honors in each of his first two seasons at LSU.

He had six interceptions and 21 passes defended in 2019, as he started at cornerback for an LSU team that went undefeated and won the national championship. A Baton Rouge, Louisiana, native, Stingley came to LSU as ESPN’s top-rated cornerback and No. 18 overall player in the 2019 recruiting class.

“Everything went so fast, to be honest,” Stingley wrote on The Players Tribune. “When I was young, I played football simply because I loved it, not really thinking about the future. Just enjoying the game, having fun. Then it got to this point where I was a part of this special bond at LSU. Becoming a national champion and being a part of the real DBU [Defensive Back University]. Those experiences will last me a lifetime, and I’m proud to say I contributed to that. I’ll always rep LSU and the brotherhood forever.”

Draft prospect Van Pran returns to Dawgs for ’23
DU’s Porter, brother of MPJ, arrested in fatal crash
We’re on to the AFC and NFC title games with early previews
Bradley: An open letter to Beterbiev and Yarde — with a game plan for each
Rahm takes AmEx for fourth win in past six starts