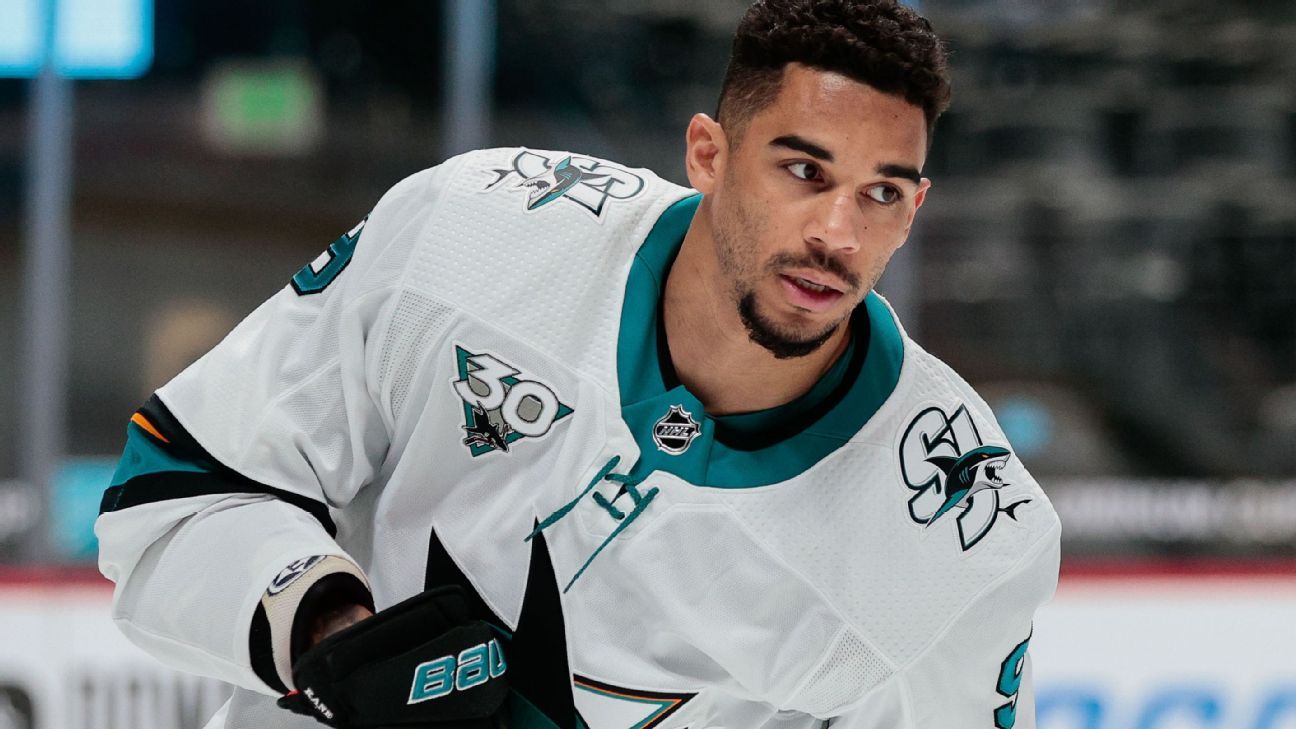 The San Jose Sharks placed Evander Kane on waivers Saturday and told him they plan to terminate his contract for “breach” and for violating AHL COVID-19 protocols.

Other teams will have the opportunity to claim Kane in the next 24 hours. If he goes unclaimed, the Sharks will terminate the remainder of his deal, which carries a cap hit of $7 million through the 2024-25 season.

Kane’s agent declined to comment to ESPN on Saturday.

After serving a 21-game suspension for submitting a fake vaccination card, Kane was assigned to the AHL in November. The Sharks said Kane was fully vaccinated before being reinstated.

San Jose was trying to trade Kane over the past two months, sources told ESPN, as they believed there was no longer a future with him on the roster given the fractured relationship. According to sources, several teams expressed interest in trading for Kane, though talks never got past preliminary stages. The Sharks were willing to retain some of Kane’s $7 million salary, but were hoping to find a third-party team to retain even more, which would help facilitate the trade.

When signing Kane to the seven-year deal in 2018, the Sharks gave the winger a favorable no trade clause: He submitted a list of three teams he can be traded to. Kane was willing to waive the no trade clause for other teams, according to sources, but only wanted to go to a team he felt had a chance to contend this year.

At the time of Kane’s suspension, the NHL also was investigating allegations of domestic assault made by his estranged wife, Anna Kane, from a divorce filing. In announcing the 21-game suspension, the NHL said that “its concurrent investigation into allegations of domestic abuse made against Kane by his estranged wife, [Anna], could not be substantiated.”

Kane also was accused by Anna Kane of betting on NHL games, including his own games with the Sharks, whose outcomes she claimed he intentionally sought to influence for his benefit. The NHL investigated the claims and cleared Kane, saying it found no evidence that he bet on hockey.

Amid the investigations, Kane — even before the suspension — was told by the Sharks not to report to training camp. Sources told ESPN that multiple players in the Sharks’ locker room do not want Kane to return to the team.

Kane, 30, did not practice with the team or interact with teammates at the facility during his 21-game suspension. He has played for three organizations after being drafted by the Atlanta Thrashers. He also had a stint in Buffalo before getting traded to the Sharks in 2018. Over 12 NHL seasons, Kane has played 769 games, scoring 242 goals and 506 points.

Kane had eight points in five games with the San Jose Barracuda.