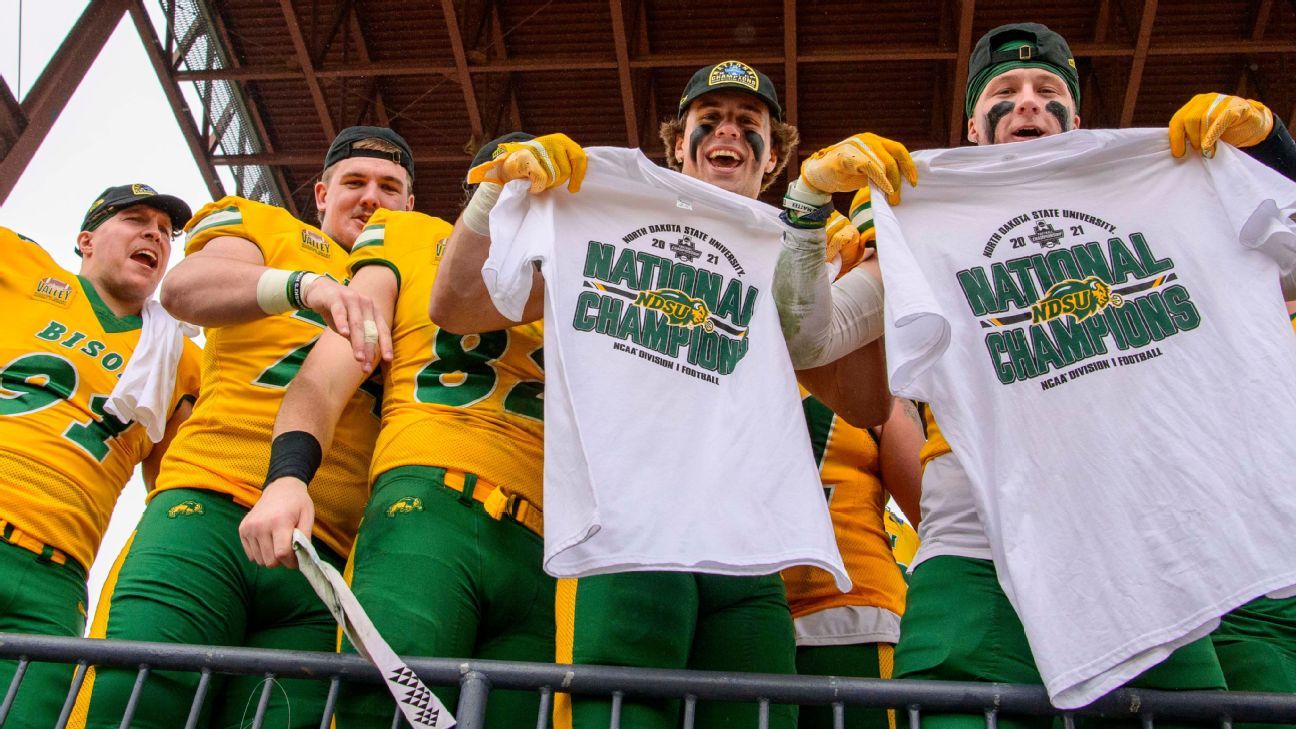 FRISCO, Texas — Hunter Luepke ran for three touchdowns in the first half and North Dakota State won its ninth FCS national championship in 11 seasons with a 38-10 victory over Montana State on Saturday.

The Bison (14-1) have never lost when making the trip from Fargo to Frisco for the final Football Championship Subdivision game, going 9-0 since the 2011 season at the MLS soccer stadium north of downtown Dallas.

“We have a process,” NDSU coach Matthew Entz said. “Our kids believe in it, and it works.”

The Bobcats struggled after losing standout freshman quarterback Tommy Mellott to an ankle injury on the game’s opening drive.

Luepke, a 236-pound junior fullback who finished with 82 yards rushing, took a direct snap for a 6-yard TD just before halftime that put NDSU up 28-0.

He opened the scoring with a powerful 8-yard run, then had an 11-yard TD before Kobe Johnson broke free for a 76-yard sprint to the end zone.

Montana State (12-3) was in its first title game since 1984, when it won the championship then referred to as NCAA Division I-AA. The eighth-seeded Bobcats had won each of their first three playoff games by at least two touchdowns after Mellott took over as the starting quarterback.

North Dakota State piled up 380 yards rushing and 506 total yards, the most allowed by the Bobcats this season. Montana State had given up only 13.4 points and 107.9 yards rushing per game.

Mellott accounted for 11 touchdowns in the first three playoff games, but got hurt when his right foot twisted as he was tackled on a 2-yard run to convert third-and-1. He remained on the field the final three plays of that series, but was clearly in pain while hopping on his left foot after throwing a pass. He never returned despite extended efforts with trainers to get back into the game.

Tucker Rovig completed 13 of 28 passes for 156 yards with a touchdown and an interception. He also ran eight times for 51 yards after replacing Mellott.

The Bison effectively used both of their quarterbacks. Starter Cam Miller completed nine of 13 passes for 126 yards with a 35-yard TD to tight end Josh Babicz, and Quincy Patterson ran 11 times for 98 yards.