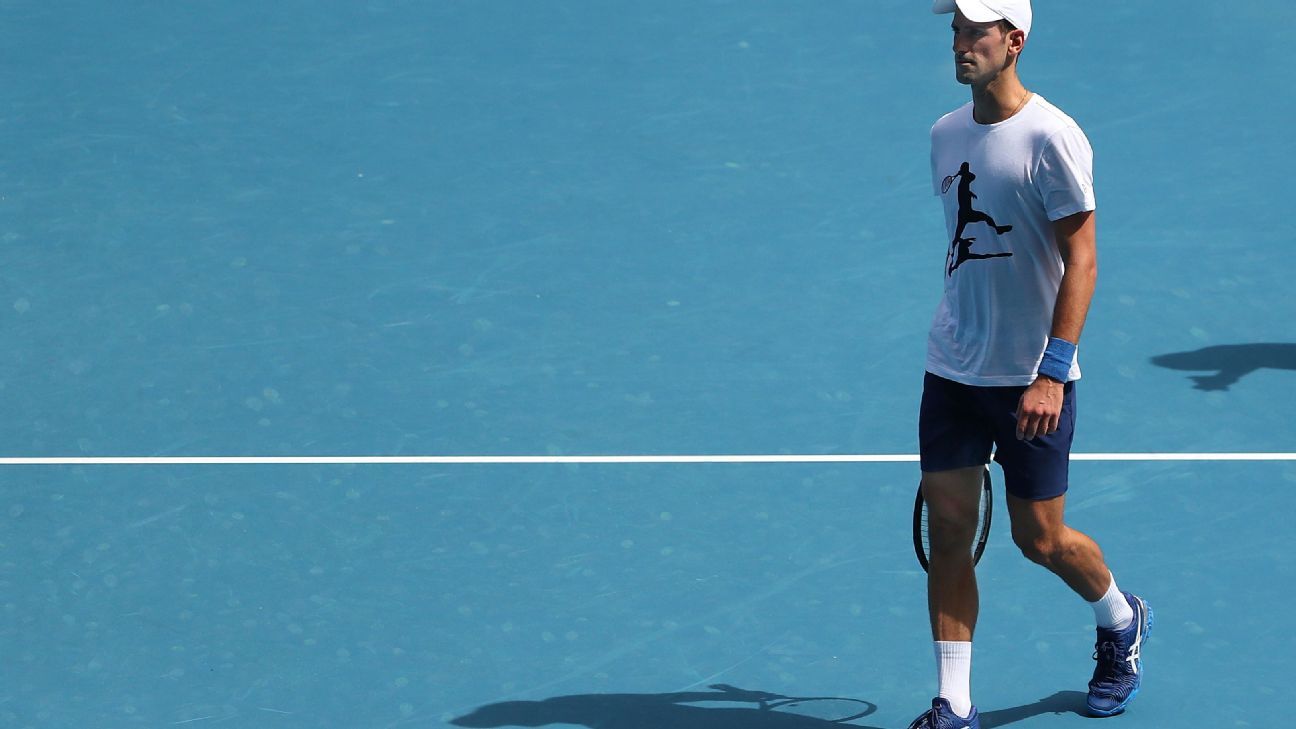 BELGRADE, Serbia — Though Novak Djokovic still faces the prospect of deportation from Australia, his father is bolstering public opinion at home in Serbia that the case “is closed.”

“The whole situation regarding Novak Djokovic is closed by the verdict of the Australian court,” Srdjan Djokovic told Bosnian Serb TV station RTRS on Tuesday.

Serbs have rallied around their sports idol, who hopes to defend his title at the Australian Open this month — if he can manage to stay in the country.

The top-ranked Djokovic trained at Melbourne Park, where the tournament is held, within hours of winning a legal battle that allowed him to stay for now. But he faces the possibility of deportation because he’s not vaccinated against COVID-19.

That hasn’t stopped Srdjan Djokovic from making his case.

“An Australian court and an independent judge, after seven hours of examining all the facts, determined that there are no ambiguities and that Novak is free to enter Australia and do his job,” he said.

At issue is whether the nine-time Australian Open champion has a valid exemption to rules requiring vaccination to enter Australia since he recently recovered from COVID-19. A judge ruled Monday he could stay, but the immigration minister could still send him home.

The most recent question in the Djokovic saga is over an immigration form on which he said he had not traveled in the 14 days before his flight to Australia.

Yet he was filmed playing tennis in the street in front of his apartment in the Serbian capital, Belgrade, on Dec. 25, and later training in Spain — all within the 14-day window.

Questions also remain about Djokovic’s recent positive coronavirus test. He had a PCR (polymerase chain reaction) test on Dec. 16 and received his positive result that night.

Photographs and videos since then have shown a maskless Djokovic attending public events, including a junior tennis prize ceremony in Belgrade after his positive test. Serbia’s COVID-19 protocols should have required him to isolate for 11 days.

It remains unclear if Serbia’s government will punish Djokovic for the apparent breach of mandatory self-isolation rules. The Balkan country faces its biggest coronavirus surge since the start of the pandemic.

The drama has polarized opinions and elicited strong support for the 20-time Grand Slam winner in his native Serbia.