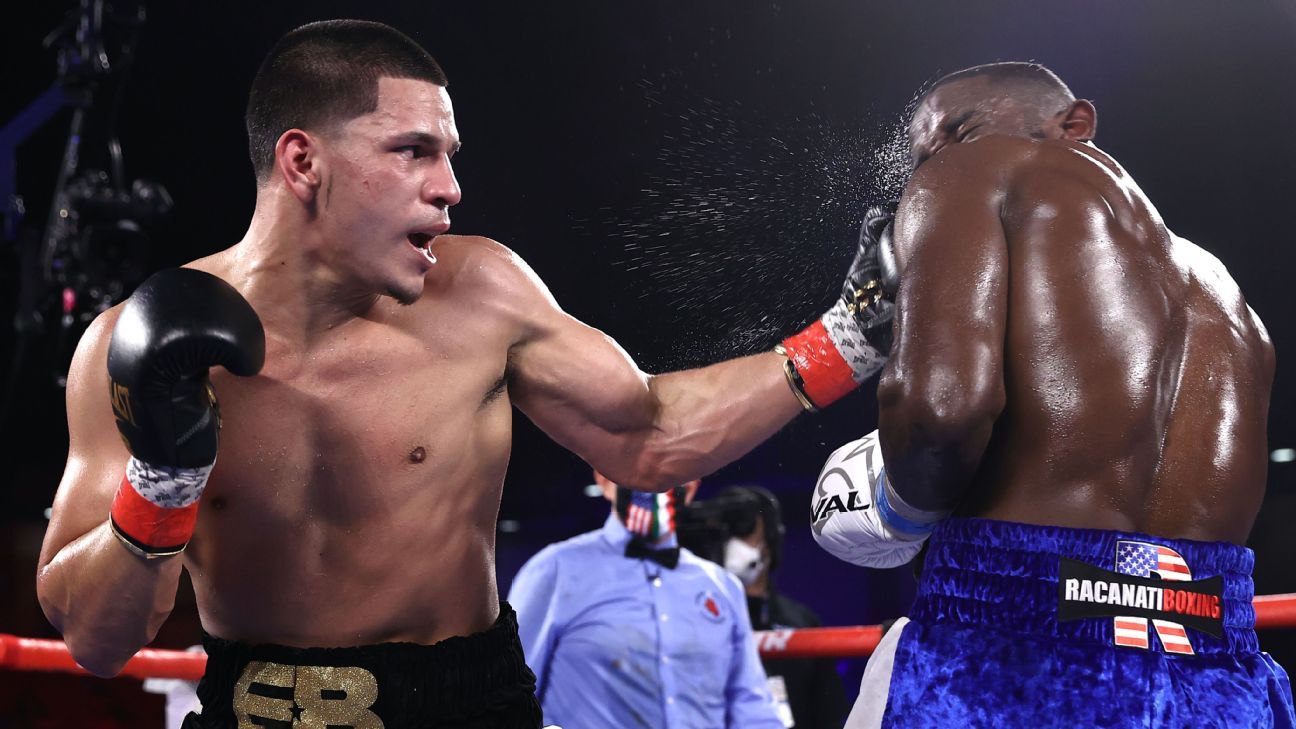 Edgar Berlanga and Steve Rolls have agreed to terms for a super middleweight fight on March 19 at Hulu Theater at Madison Square Garden, sources told ESPN on Wednesday.

The bout will be Berlanga’s first since he tore his left biceps in Round 3 of his victory over Marcelo Esteban Coceres in October. Berlanga (18-0, 16 KOs) struggled at times in the fight and was even floored in Round 9, the first knockdown of his career.

Following surgery, the 24-year-old rehabbed at the UFC Performance Institute in Las Vegas in preparation for his first headline bout on ESPN. Berlanga, a native of Brooklyn, New York, scored 16 first-round KOs in his first 16 fights.

His April decision win over Demond Nicholson, a fight in which he scored four knockdowns, was the first time he was extended past the opening round.

Before the injury, the bout with Rolls had been eyed as the Dec. 11 co-feature to the Vasiliy Lomachenko-Richard Commey fight.

Rolls (21-1, 12 KOs), a 37-year-old Canadian, is best known for his fourth-round KO loss to Gennadiy Golovkin in 2019. He has competed just twice since then, both wins inside the distance.