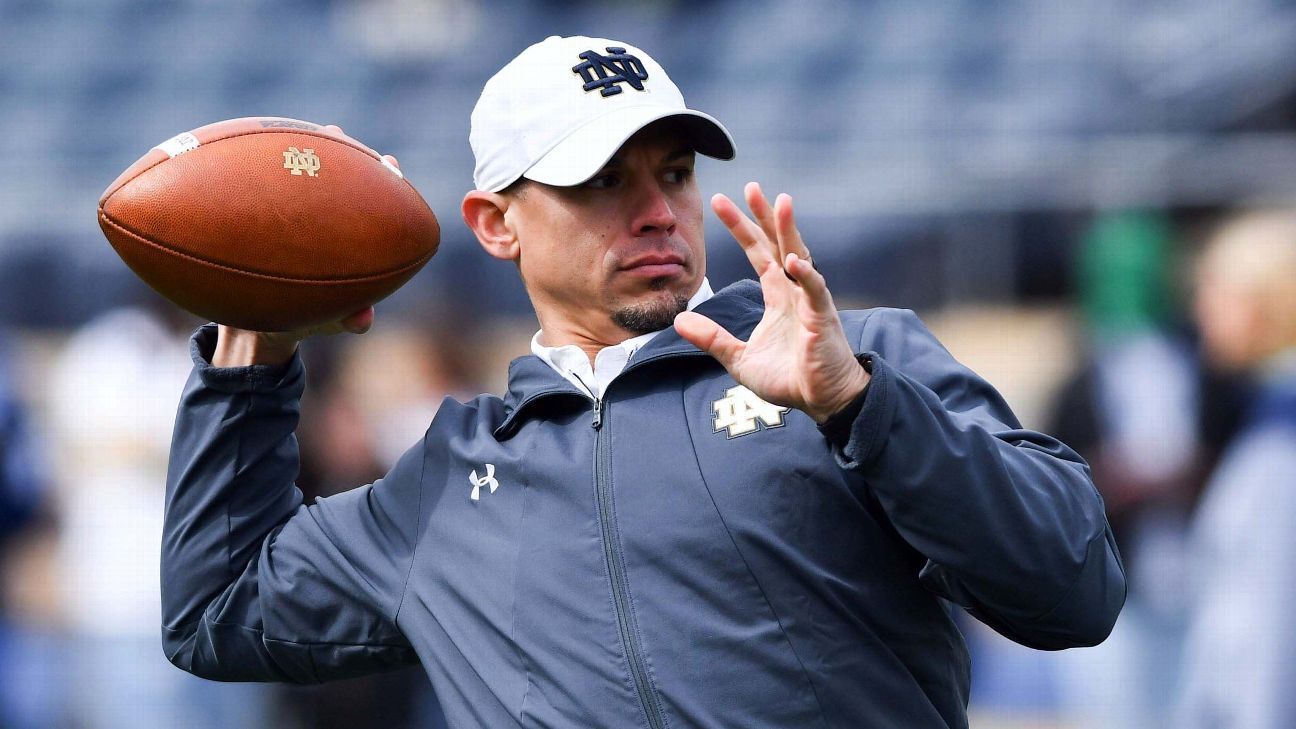 Taylor is the run game coordinator and running backs coach at Notre Dame, where he overhauled the Irish’s running back room during his three seasons there. Taylor also brings extensive experience coaching wide receivers, as he spent two seasons in that role with the Carolina Panthers coaching players like DJ Moore and Curtis Samuel.

Taylor previously coached the running backs at Stanford from 2014 to 2016, where the Cardinal had one of the country’s best running back rooms. That included tutoring Christian McCaffrey and recruiting and mentoring Bryce Love. McCaffrey finished second in the Heisman Trophy race in 2015 during Taylor’s time there, and Love developed into one of the top backs in school history.

Louisville didn’t have an offensive coordinator last season, and the hiring of Taylor by coach Scott Satterfield is viewed as a way to further bolster an offense that finished No. 21 nationally last season (446 yards per game). The return of talented quarterback Malik Cunningham will bring expectations of a strong season for the Cardinals following this year’s 6-7 finish.

Taylor has emerged as a head coaching candidate in recent seasons, speaking with multiple Group of Five jobs the past two seasons.