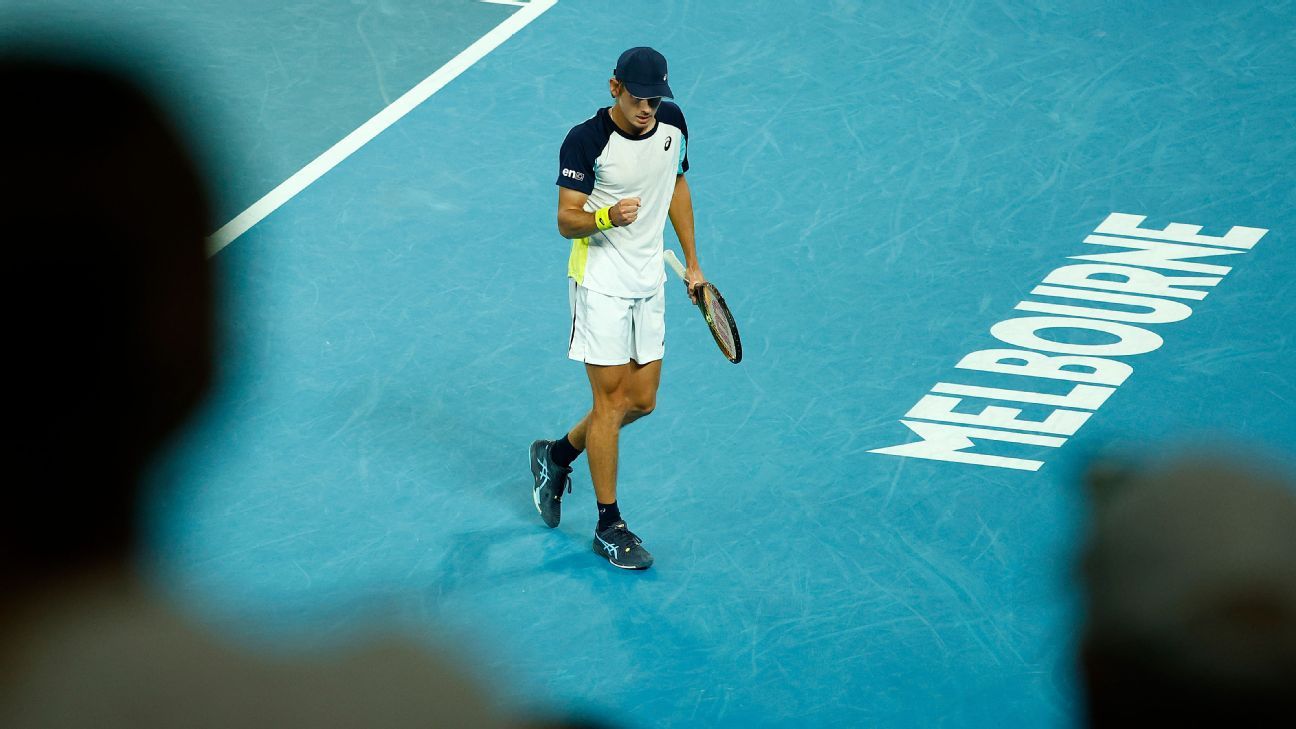 Alex De Minaur has reached the Australian Open’s round of 16 for the first time, the local hope winning his ninth straight set at Melbourne Park as he pushed aside Pablo Andujar.

The 32nd seed beat the Spanish veteran and regular hitting partner Andujar 6-4, 6-4, 6-2 in another commanding display as Australian tennis great Rod Laver watched on in the stadium named in his honour on Saturday.

De Minaur will face Italian 20-year-old world No. 10 Jannik Sinner, who has beaten the Australian in both previous encounters, for a place in the quarterfinals.

The 22-year-old, ranked 42 in the world, lost the first set in his first round clash but has won his past nine to build his best home campaign.

Andujar, who will turn 36 on Sunday, joined the tour in 2003 and has returned from three separate surgeries on his right elbow to hit a ranking high of 32 in the world seven years ago.

He made the Australian earn it, but de Minaur obliged in trademark fashion to run down the Spaniard’s best and counter with some scintillating shot-making of his own.

De Minaur rifled a forehand down the line to secure the decisive break in the first set, while a pinpoint lob earned applause from his opponent in the second set after the Australian had somehow scrambled to stay in the point.

The cracks opened, a double fault handed de Minaur a break in the third set and he rammed home his advantage with another monster forehand in the next game.

“Pretty exciting to play here at Rod Laver Arena at 7pm in front of Rod Laver himself … it’s a pretty amazing feeling and I got the win so what more can I ask for,” de Minaur said on court.

“(I’m expecting) a lot of firepower from Jannik, he’s a hell of a player so I’m just looking forward to it.”

De Minaur is set to rise at least nine spots to No. 33 in the world thanks to his career-best performance at Melbourne Park.