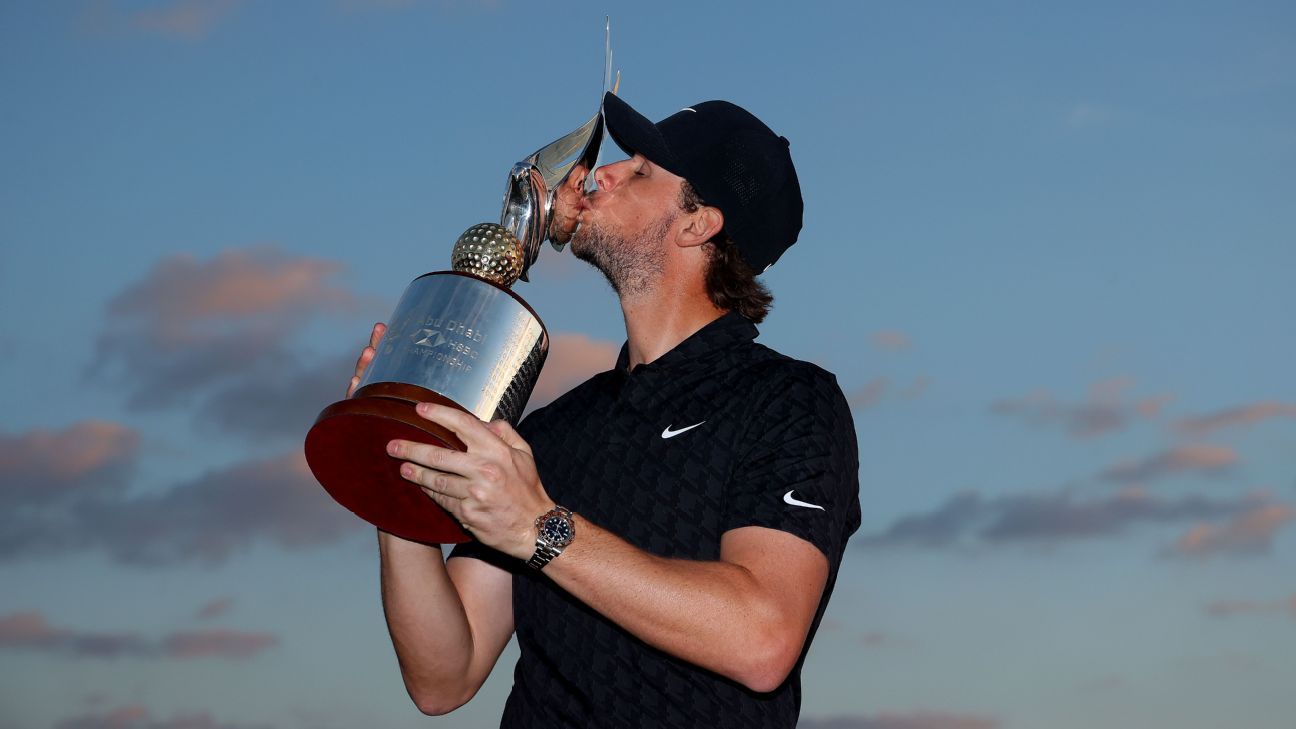 Thomas Pieters sealed his sixth European Tour title with a one-shot victory in a thrilling final round of the HSBC Championship in Abu Dhabi on Sunday.

The Belgian carded a level-par 72 in testing conditions at Yas Links to hold off the chasing pack.

Pieters, 29, finished the tournament on 10-under-par, one clear of Spain’s Rafa Cabrera-Bello and India’s Shubhankar Sharma, and two ahead of Frenchman Victor Dubuisson and Norway’s Viktor Hovland.

“I was well in control of my ball all day,” Pieters said, who will move back into the world’s top 50. “Early on I felt pretty confident but it got close at the end.

“I just hope all the juniors back at home are watching this. I used to watch as a kid and think it was impossible for me but then Nico [fellow Belgian Nicolas Colsaerts] came on the scene and started winning.”

Four-times major Rory McIlroy was tied 12th at five-under for the tournament and world number two Collin Morikawa ended a disappointing week in 62nd place on five over par.