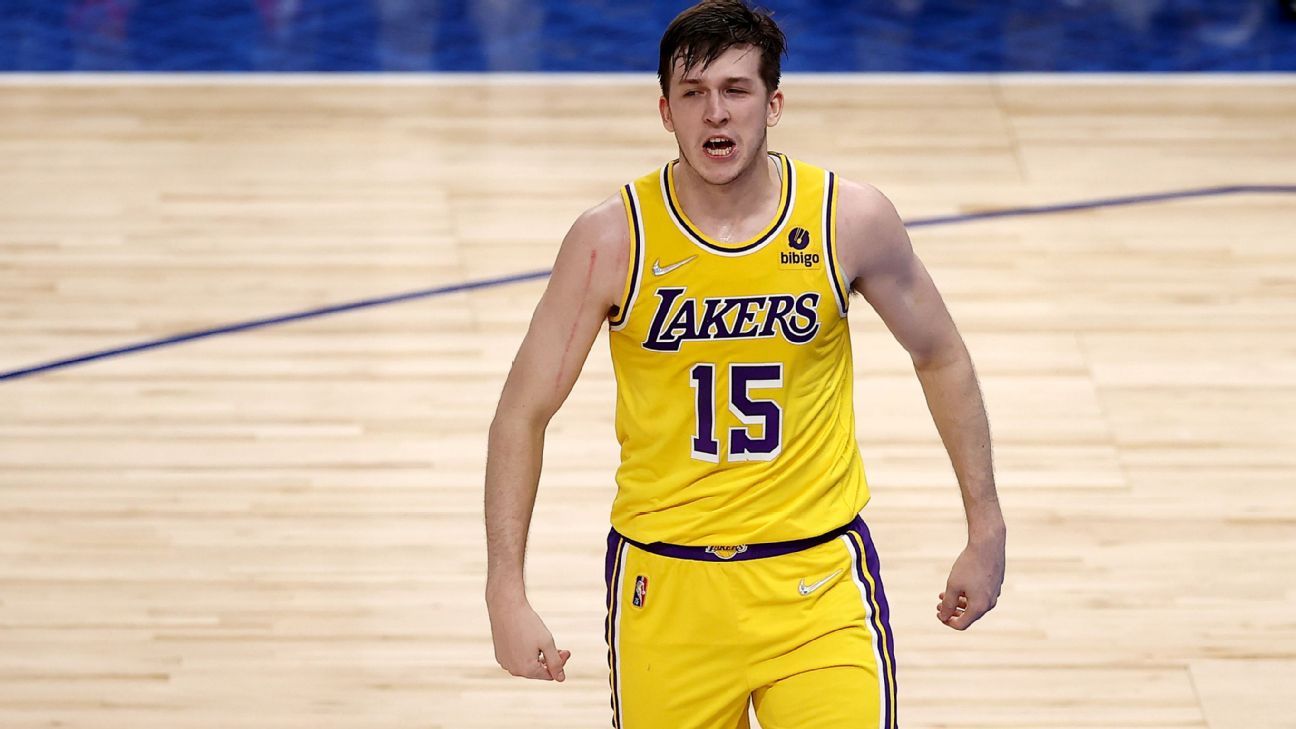 During a surprisingly successful rookie season in which Reaves went from being an undrafted prospect to a two-way designation to signing a two-year contract and becoming a starter, he picked up a couple of monikers from the Lakers faithful: “AR-15” and “Hillbilly Kobe.”

Reaves would be OK distancing himself from both.

“I don’t condone any gun violence that happens around our country,” Reaves told ESPN. “But you can’t really control what [nickname] people give you. I mean, I didn’t come out and say my name was that. There’s been others, like the ‘Hillbilly Kobe,’ that probably aren’t the best thing in the situation that’s going on, with Kobe’s passing.”

Earlier this week, University of Florida quarterback Anthony Richardson, who, like Reaves, wears No. 15 on his uniform, also dropped the AR-15 association.

“While a nickname is only a nickname and ‘AR-15’ was simply a representation of my initials combined with my jersey number, it is important to me that my name and brand are no longer associated with the assault rifle that has been used in mass shooting, which I do not condone in any way or form,” Richardson shared in a statement on Twitter.

Reaves, 24, came across Richardson’s story and was impressed by the 21-year-old rising junior.

“I’m happy for him. I want him to use his voice,” Reaves said. “Everybody should be able to speak freely on what they believe. I feel like more people need to take stands like this and say what they’re really feeling because that’s how you get things brought up. That’s how you pose questions to raise eyebrows and look into things. So, I’m happy for him and wish him nothing but the best.”

An AR-15 semi-automatic rifle was the gun used at an Uvalde, Texas, elementary school in May when 21 people — the majority of them children — were killed. It has been the weapon of choice in 11 mass shootings in the United States since 2012, according to USA Today.

“Every time something like that happens, your heart just drops and you feel for the families that were attached to all that,” Reaves said.

Reaves wore No. 12 his “whole life” but had to choose a different number when he came to L.A. because Kendrick Nunn already claimed it. After testing out No. 31 during summer league last year — the number his brother wears and the one his mother wore on the basketball court — he decided that a lower number suited him better.

Although the Newark, Arkansas, native grew up shooting guns, that usage was vastly different from how artillery has been a part of the public massacres plaguing the U.S.

“It’s literally just farm ground,” Reaves said of his tiny hometown that boasts a population of just 1,200. “People hunt. You deer hunt. You duck hunt. You turkey hunt. You do all those things.”

He is hopeful his play this coming season will inspire Lakers fans to come up with a new label for him.

Most of all, after the Lakers’ struggles last season, Reaves hopes to be branded as a winner.

“The main goal is just winning basketball games,” Reaves said when asked to look ahead to his goals for his second season. “That’s all I care about. Winning. Last year was a disappointment, but you got to flip the page and figure out how we can mesh this to make it work.”