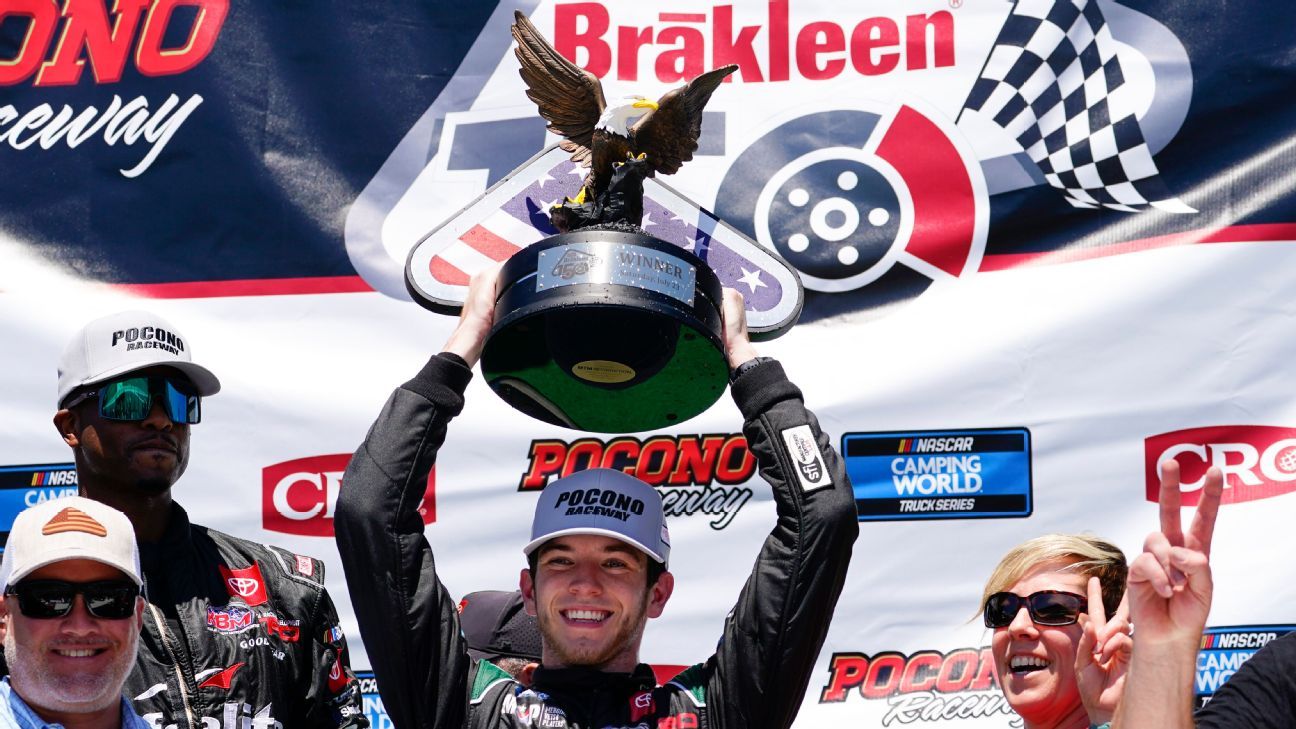 Chandler Smith won his second race of the season driving for Kyle Busch Motorsports and is one of only two drivers in the playoff field with multiple wins this season. He led 49 of 60 laps on the 2½-mile tri-oval track.

“We’ve been going through a little bit of a struggle recently,” Chandler Smith said.

It was clear sailing at Pocono.

Majeski, Crafton, Rhodes and Eckes all drive for ThorSport Racing. Crafton will race for a fourth series championship.

He finished 13th on Saturday.

“I knew I only had to get a couple of points [to clinch],” Zane Smith said. “Long day. Fought a really tough truck. I’m glad we’re on to the playoffs and ready to get this season started.”

Todd Bodine slammed the wall early in his 800th career NASCAR start and the final scheduled one of his career. A two-time Truck series champion, Bodine ran a limited schedule the past few seasons. He made 241 career Cup starts, 333 in the second-tier Xfinity Series, and Saturday marked his 226th in the Truck series. He made his NASCAR debut in a Busch Series race (now Xfinity) and finished 27th on Sept. 21, 1986, at Martinsville Speedway.

He finished last in 36th place at Pocono.

“It’s definitely not how we wanted this to go,” Bodine said. “It’s racing. I’ve been here before. I’ve wrecked before. This is part of the game.”

Can the 58-year-old Bodine really go out this way?