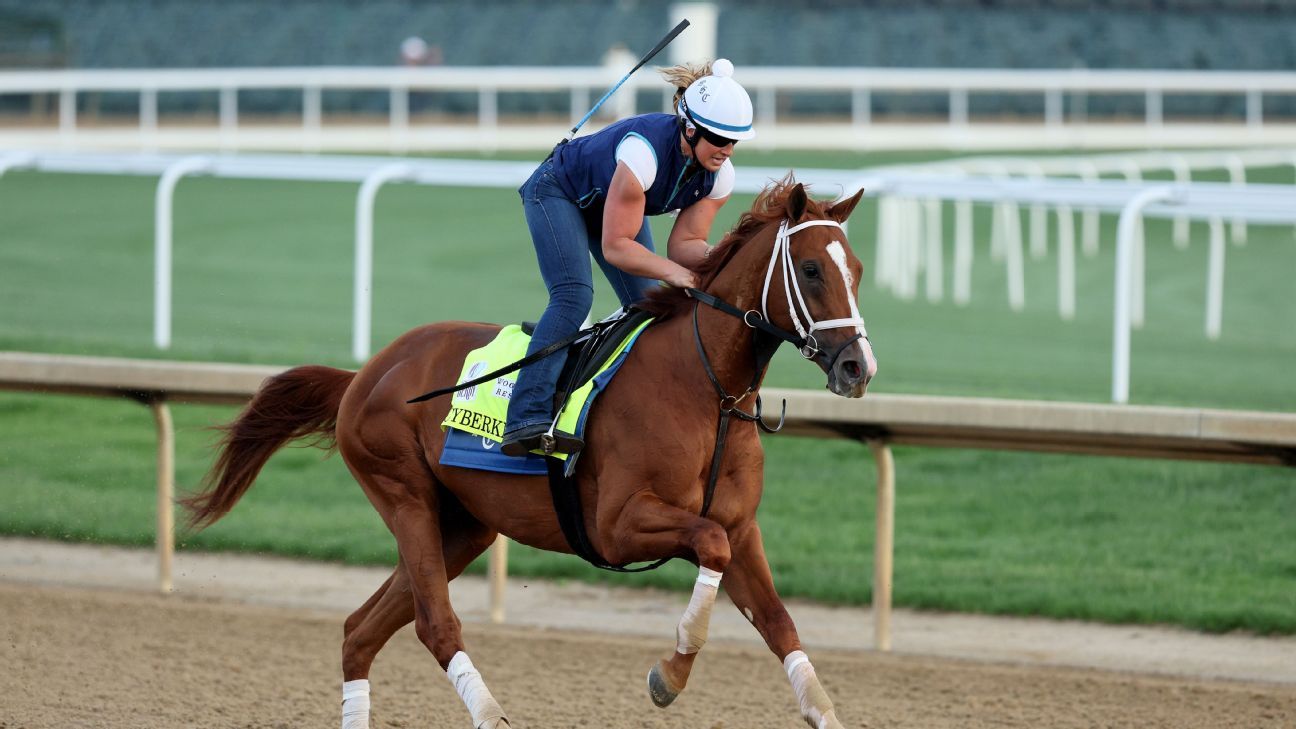 OCEANPORT, N.J. — Arkansas Derby winner Cyberknife made a bold move along the rail to pass previously unbeaten Jack Christopher, then held off Bob Baffert’s Taiba to win the $1 million Haskell Stakes at Monmouth Park on Saturday.

Ridden by Florent Geroux, the Brad Cox-trained colt ran 1 1/8 miles in a track-record 1:46.24 in getting to the wire a head in front of Taiba and denying Baffert a record-extending 10th win in the Grade 1 stakes.

Jack Christopher, who had won all four of his previous starts for trainer Chad Brown, finished two lengths back in third in the field of eight 3-year-olds.

It was a popular win for Gold Square LLC, which is run by Al Gold, a long-time fan and owner at the Jersey Shore track. He named the yearling Cyberknife because he had that type of procedure to cure a case of prostate cancer in 2021.

The win also secured a berth in the Breeders’ Cup Classic this fall at Keeneland.

Taiba, who returned to the Baffert barn this month after the Hall of Famer finished severing a 90-day suspension for the disqualification of Medina Spirit in the 2021 Kentucky Derby, returned $3.80 and $2.60 with Mike Smith riding. Jack Christopher, the 3-5 favorite with Jose Ortiz riding, paid $2.20.

Brown and jockey Flavien Prat had a monster day on the Haskell undercard, saddling and riding the winners of the $400,000 Monmouth Cup, the $200,000 Matchmaker Stakes, the $400,000 Molly Pitcher Stakes and the $600,000 United Nations Stakes in consecutives races.