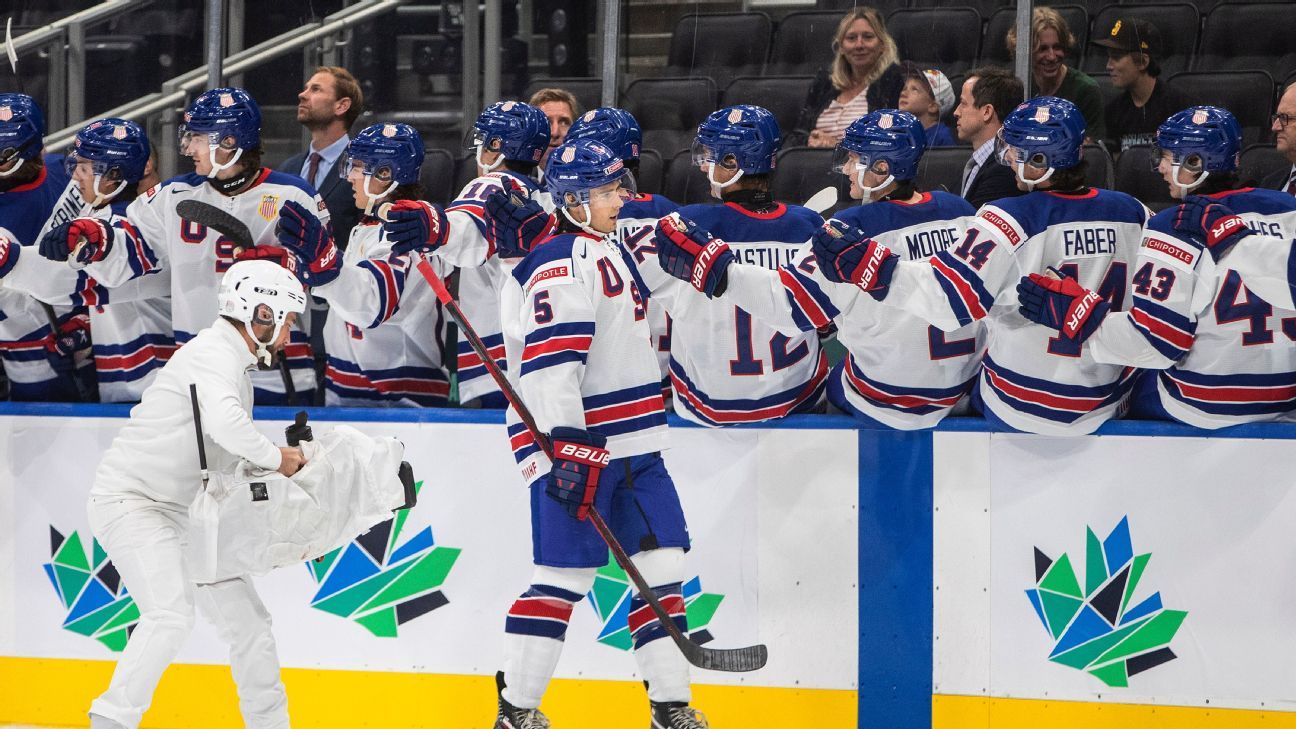 EDMONTON, Alberta — Wyatt Kaiser and Carter Mazur each scored twice and the United States beat winless Austria 7-0 on Saturday to improve to 3-0 in group play in the world junior championship.

The U.S. will finish Group A play Sunday against Sweden.

Also Saturday, Canada faced the Czech Republic in Group A, and Germany played Switzerland in Group B.