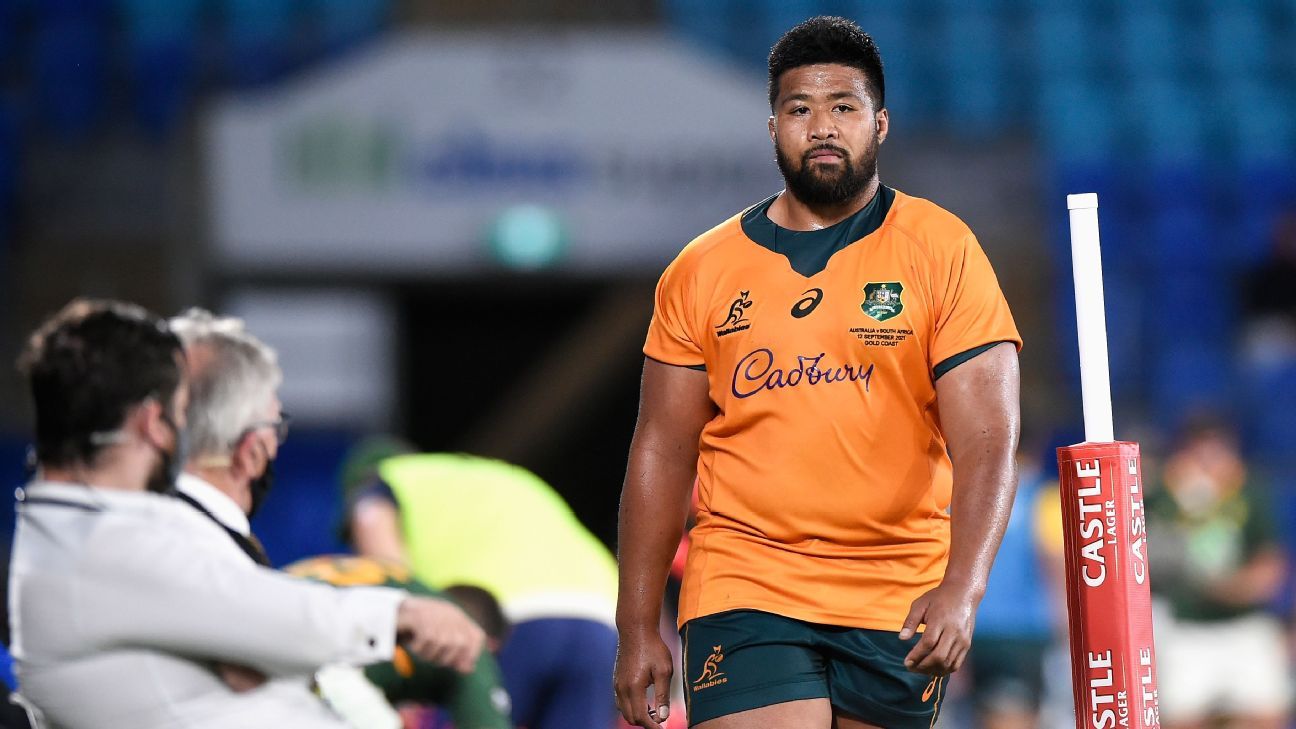 Australia have been forced into a late change on the eve of their Rugby Championship clash with Argentina after hooker Folau Fainga’a was ruled out of the contest in San Juan and replaced by Lachlan Lonergan, who will make his first test start.

Fainga’a took a blow to the head in training and failed a concussion test on Friday becoming the latest player to miss out on the test for the Wallabies.

Uncapped Billy Pollard, 20, will take Lonergan’s place on the bench and could make his international debut having played only eight Super Rugby games for the Brumbies.

It is the latest setback for coach Dave Rennie, who had already lost hooker Dave Porecki before last weekend’s 41-26 victory over Argentina in Mendoza.

“I have a lot of confidence in both of them,” captain James Slipper told reporters on Friday. “Lonners has been playing really well this year and it is another good opportunity for him.

“It’s his first start for the Wallabies, and one thing you know about ‘Noss’ is that he looks very calm, but when he’s out there he goes full throttle. I am really excited to see how he goes.

“Billy obviously came over late. He has been using my scrum boots all week so I am not even sure if he has his own boots.

“He is a talented young guy who is really excited and you can tell how pumped he is. What you get from youth is that enthusiasm and I reckon both of them will bring heaps.”