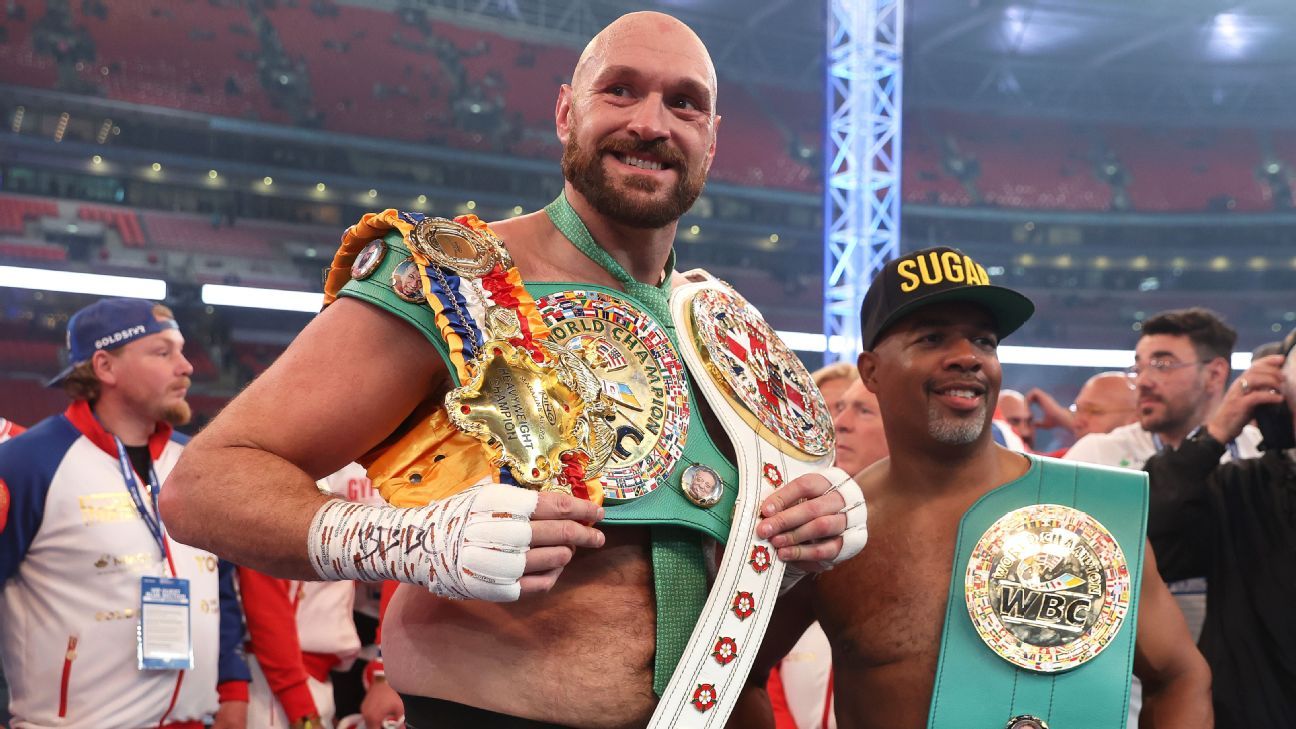 Tyson Fury has vacated his Ring heavyweight title after he announced his retirement from boxing on Friday, Fury told The Ring Magazine.

Fury, 34, tempted a comeback on Tuesday, saying he’d return from retirement to fight Derek Chisora. However, three days later, Fury announced in a social media post that he had decided to “walk away” from boxing.

“The Ring Magazine championship has always been the holy grail of boxing. They’ve been fantastic with me and I’ve always carried that title with pride,” Fury said.

“The greatest moment of my career was winning the world championship [beating Wladimir Klitschko] back in 2015.”

“There’s the great comeback after that with the three [Deontay] Wilder fights. There’s been a lot of great highlights in my career — even the Dillian Whyte fight in front of 94,000 at Wembley. It doesn’t get much bigger than that. And I went out with a bang.”

Fury retained his WBC title with a stoppage win over Dillian Whyte at Wembley Stadium in April.