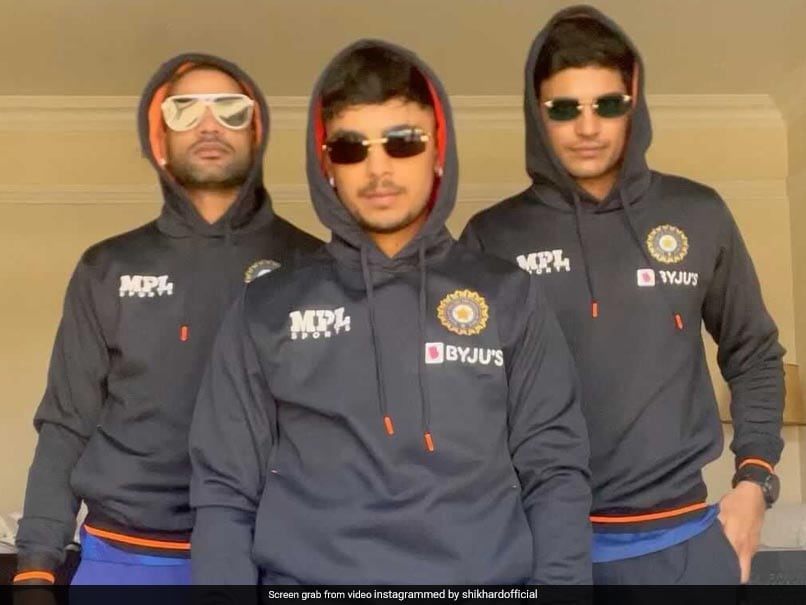 Ahead of the upcoming three-match ODI series against Zimbabwe, Team India is all geared up to clinch victory at Harare. Team India is blooming with confidence, as they have arrived in Harare after claiming the white-ball series against West Indies. With just a day left for the first ODI match against Zimbabwe, India batter Shikhar Dhawan shared a fun video of himself with fellow teammates Ishan Kishan and Shubman Gill, where all three of them were seen hilariously flaunting their dancing skills.

In the reel shared by Dhawan on Instagram, the three batters had donned a dapper look with a hoodie and sunglasses and were seen hilariously dancing on singer Farasat Anees’ song, ‘BIBA’. The video soon went viral on social media and left the fans entertained, who could not stop gushing over the fun moment shared by the Indian players.

Originally, it was Dhawan who was chosen to lead Team India for the upcoming three-match ODI series against Zimbabwe, beginning August 18 in Harare and KL Rahul was not named in the squad. However, upon recovering from COVID-19, and then being deemed fit, Rahul was included in the squad and he was also named as captain with Dhawan acting as his deputy.

The first ODI will be followed by the second and third ODI at the Harare Sports Club.