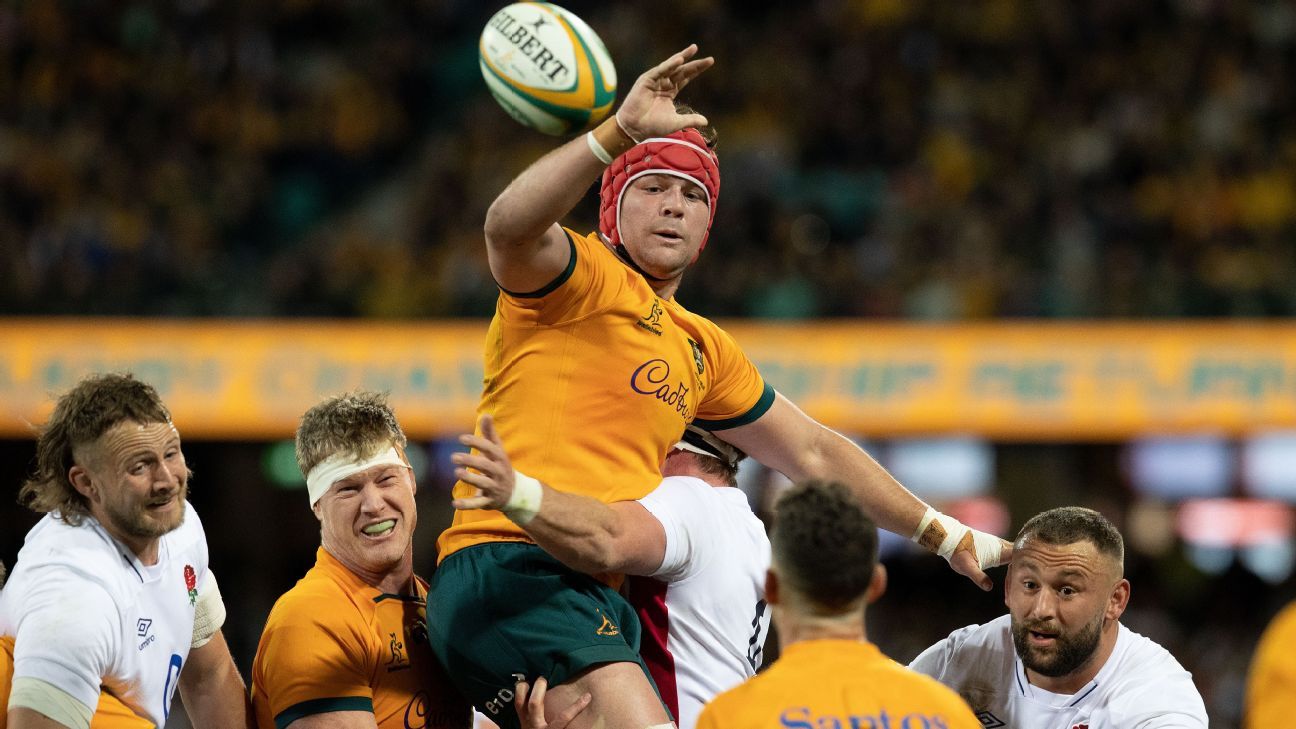 Wallabies coach Dave Rennie has brought back promising No. 8 Harry Wilson for this weekend’s Rugby Championship finale against the All Blacks, while Bernard Foley has retained his spot at No. 10 for the Eden Park clash.

Wilson joins Cadeyrn Neville in the forward pack as the only two changes to an Australia side pipped at the death in dramatic fashion in Melbourne last week, the duo replacing Rob Leota and Matt Philip respectively.

Wilson’s promotion at No. 8 sees Rob Valetini shift to the side of the scrum, while Pete Samu, who was sensational in Melbourne, retains his spot at openside.

“It’s great to have Cadeyrn available and Harry’s been working really hard to earn another opportunity in the gold jersey, so we’re excited for both of them,” Rennie said.

“The side parked the disappointment of the last Test early in the week and we have plenty to play for in Auckland on Saturday night.

“New Zealand supporters have an expectation that the All Blacks win at Eden Park and we’re excited to get another crack at them at their spiritual home.”

Foley has meanwhile been given another crack in the No. 10 shirt after he enjoyed a fine game last Thursday, albeit one that will long be remembered for French referee Mathieu Raynal’s decision to ping the Australian for time-wasting.

The Wallabies’ starting XV is otherwise unchanged with Rennie backing those who came close to one of the great comeback victories, after they had trailed the All Blacks 31-13 early in the second half.

There are however some new faces on the bench, with Waratahs prop Angus Bell and Brumbies lock Nick Frost returning in place of Scott Sio and Darcy Swain, the latter lost to a six-week suspension for his ugly cleanout of Quinn Tupaea.

The Wallabies have not defeated the All Blacks at Eden Park since 1986, but they head to the Auckland venue with nothing to lose with Australia having only a remote chance of claiming the Rugby Championship.

All Blacks coach Ian Foster unveiled his squad earlier on Thursday, with Ardie Savea returning at No. 8 and Jordie Barrett shifted from fullback to inside centre in lieu of the absence of both David Havili and Tupaea.