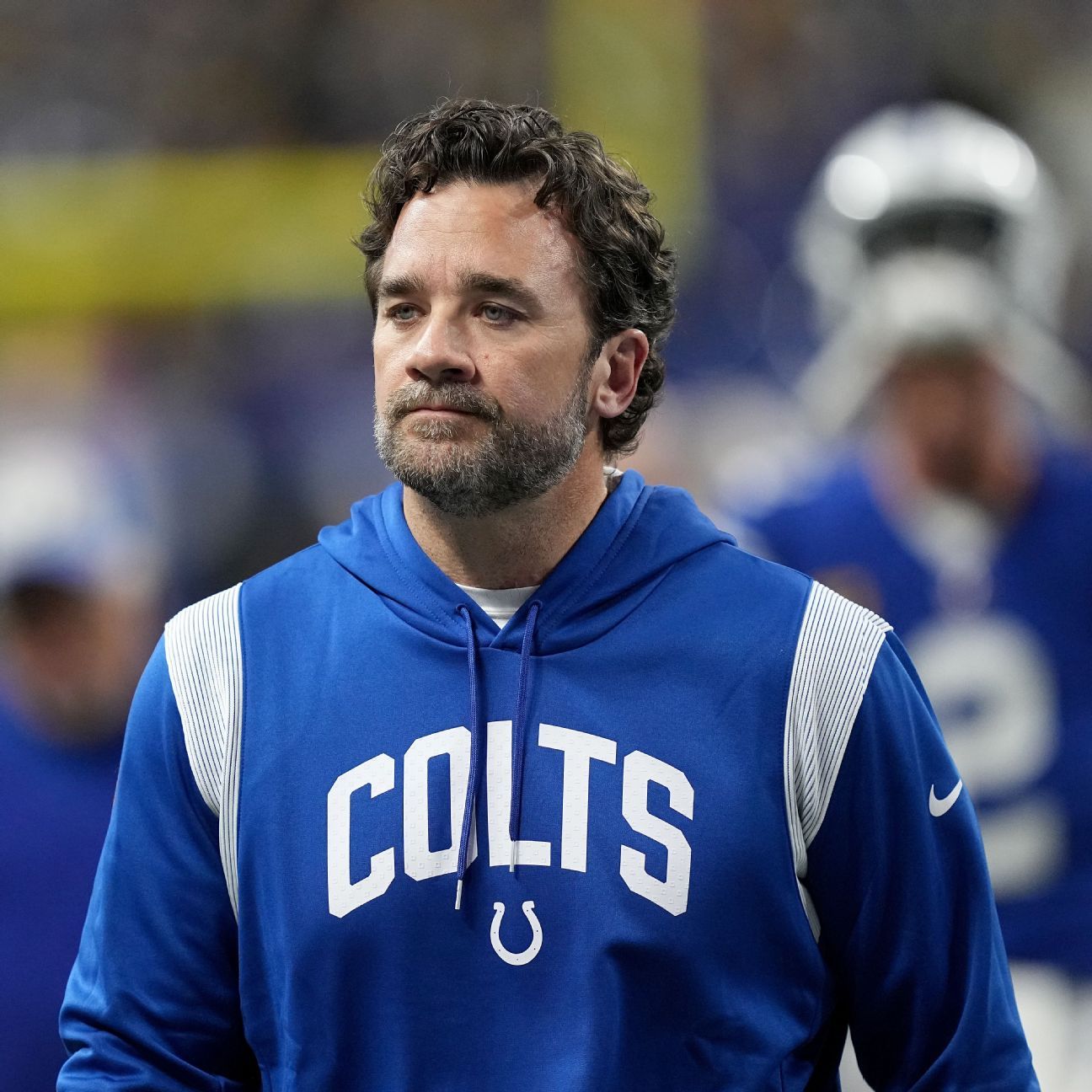 INDIANAPOLIS — Colts interim coach Jeff Saturday, in a reversal from his postgame comments on Monday night, said Tuesday that he had regrets about the team’s handling of a late-game scenario in a 24-17 loss to the Steelers.

Saturday declined to call a timeout before a key third-down play, opting to stick with a predetermined playcall the team had dialed up. The Colts were hoping to catch the Steelers in a suboptimal personnel grouping that would have given themselves an advantage.

Ultimately, the Colts struggled to get lined up quickly, allowing the clock to roll and giving the Steelers a chance to regroup. Pittsburgh stuffed running back Jonathan Taylor for no gain on the third-and-3 play from the 26-yard line with 30 seconds left.

“I wish I had that third down back and, in all honesty, wish I’d used the timeout,” Saturday said. “Just looking at it on film … from a time perspective, I felt good. But you could tell we were in disarray. I just didn’t have a great feel.”

Part of that disarray, Saturday said, was the reality that the third-down playcall required the wide receivers to line up in different spots than the previous play. By the time that got sorted out, the play clock was ticking down.

The entire situation put Saturday and new playcaller Parks Frazier under a microscope as both men were in their third games in their new roles. Former coach Frank Reich, who was fired last month, was previously the Colts’ playcaller.

The Colts had all three of their timeouts remaining before the third-down play. With the Colts trailing by seven, the ball was snapped with 34 seconds remaining. That means 25 seconds elapsed between the previous snap and the time the Colts got around to snapping the ball on third down. That wasn’t what the team had in mind. The intent, Saturday said, was to play with a quicker tempo in that situation to take advantage of the defense perhaps being caught off-guard.

“That’s on me [not] understanding, what personnel is in the game, what formations we were in, and guys getting back to their natural positions of where they’re gonna line up.

“I was like, ‘Man, let’s go get this first down really quick. Keep them on their heels without substitution.’ … I thought we had the advantage, but unfortunately, we should have hit the timeout, give us our best play, best opportunity.”

“I wish I had that third down back and, in all honesty, wish I’d used the timeout. Just looking at it on film … from a time perspective, I felt good. But you could tell we were in disarray. I just didn’t have a great feel.”

Among the Colts’ concerns was the Steelers potentially changing to a heavier-personnel grouping for the short-yardage situation. On the previous play, a second-and-17, the Steelers were in a pass-defense posture, dropping six men into coverage.

But the long delay between snaps allowed the Steelers to regroup and, it seems, get a good read on the Colts’ intentions. Pittsburgh outside linebacker Alex Highsmith said he could sense from the Colts’ formation that the play was likely to be a run. As soon as the ball was snapped, Highsmith darted inside, never attempting to rush around the edge. The unexpected inside move caught rookie tight end Jelani Woods by surprise, allowing Highsmith to easily make the tackle on Taylor.

The Colts attempted a pass to Parris Campbell on the ensuing fourth down that was incomplete, and the Steelers took possession and ran out the clock.

Other factors outside the failure to call a timeout also affected the situation. Quarterback Matt Ryan’s decision to give himself up on the second-down play didn’t help. Ryan resourcefully escaped the pocket and scrambled for 14 yards. But he dived short of the first-down marker rather than take on two defenders in front of him. Had the Colts achieved a first down on the play, they almost certainly would have called a timeout and would have proceeded differently.

The Colts players themselves also could have used more of a sense of urgency on the final possession. A lack of focus might have contributed to the “disarray” that Saturday observed while watching the film.