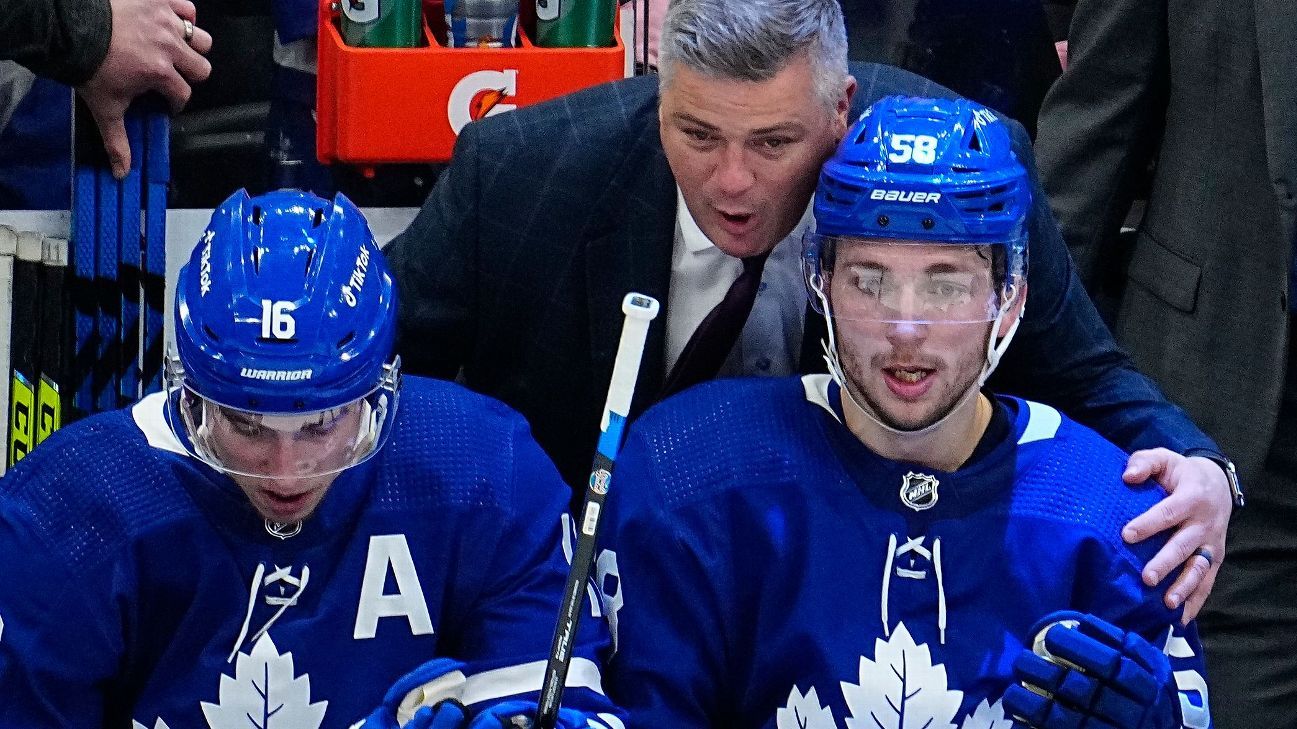 The Toronto Maple Leafs were fined $100,000 by the NHL on Wednesday for a travel violation during the league’s holiday break.

The Maple Leafs’ flight to St. Louis on Monday was in violation of the collective bargaining agreement between the NHL and the NHL Players’ Association. Teams are limited in activities and travel during the break. Games resumed across the league Tuesday night.

Maple Leafs coach Sheldon Keefe was also fined, but for an in-game violation. Keefe was docked $25,000 by the league Wednesday for “demeaning conduct directed at the officials” during Tuesday’s 5-4 overtime victory over the Blues.

The fine money from both violations will be sent to the NHL Foundation.

Amid all of the distractions, William Nylander scored in overtime and the Maple Leafs won their third straight to improve to 10-2-1 in December.

Although travel violation discipline is rare in the NHL, it does happen. In 2015, the Philadelphia Flyers were fined after online flight records showed the club took a flight from Philadelphia to Nashville the night of Dec. 26.