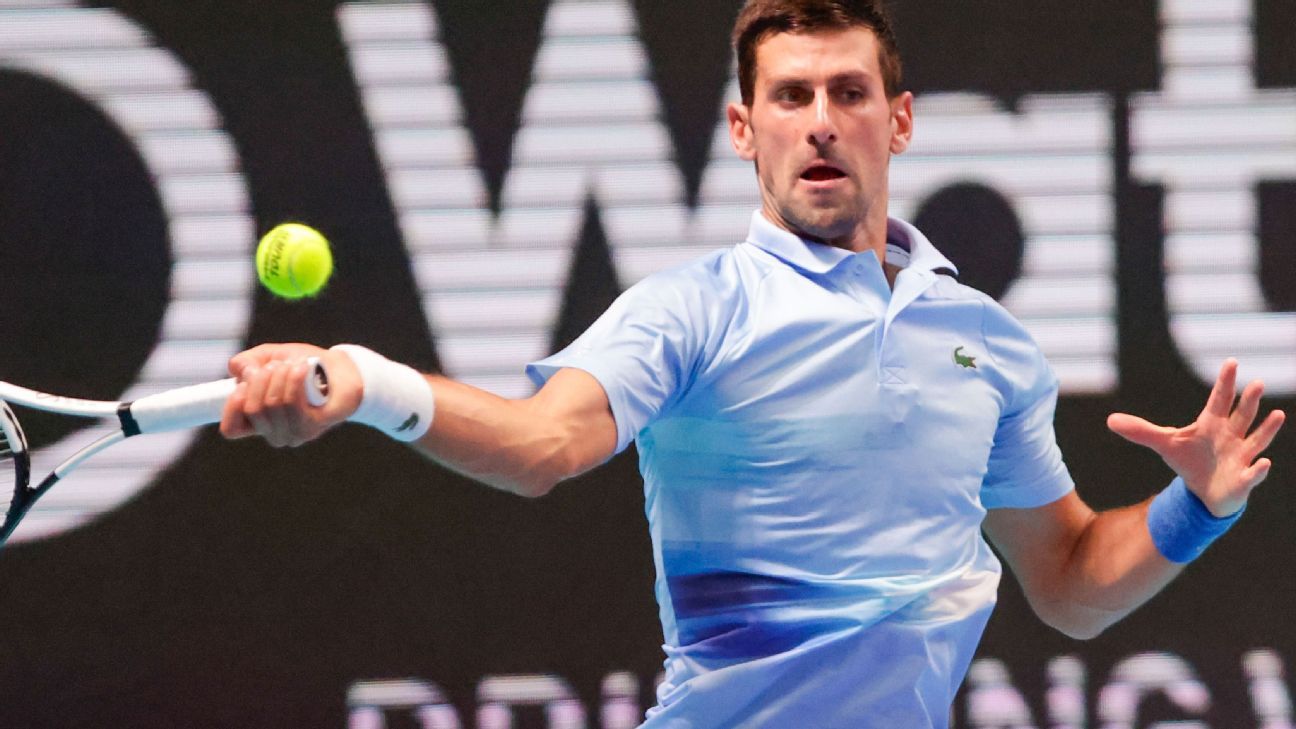 ADELAIDE, Australia — Novak Djokovic is reiterating that he bears no hard feelings on his return to Australia after his visa cancellation and subsequent deportation in January ahead of the Australian Open tennis tournament.

Djokovic was deported almost 12 months ago after arriving unvaccinated against COVID-19 at a time when the country was still subject to strict quarantine regulations and proof of vaccination.

Those regulations have since been lifted, and in November, the Australian government overturned the three-year ban that came with Djokovic’s deportation and granted him a visa to return for the Australian Open beginning Jan. 16.

Djokovic arrived in Australia on Tuesday ahead of the Adelaide International, where he is scheduled to play next week.

“It’s great to be back in Australia,” Djokovic said Thursday. “It’s a country where I’ve had tremendous success in my career, particularly in Melbourne. It’s by far my most successful Grand Slam. I’m hoping that everything is going to be positive. Obviously [fan reaction] is not something that I can predict.

“I’ll do my best to play good tennis and bring good emotions and good feelings to the crowd.”

Djokovic said he still has difficulty forgetting his deportation.

“Obviously what happened 12 months ago was not easy for me, for my family, team, anybody who is close to me,” he said. “It’s obviously disappointing to leave the country like that.

“You can’t forget those events. It’s one of these things that stays with you for, I guess, the rest of your life. It’s something that I’ve never experienced before and hopefully never again. But it is a valuable life experience for me and something that as I said will stay there, but I have to move on.”

Djokovic has won the Australian Open a record nine times, including the past three times he played. Rafael Nadal won the 2022 title in Djokovic’s absence.