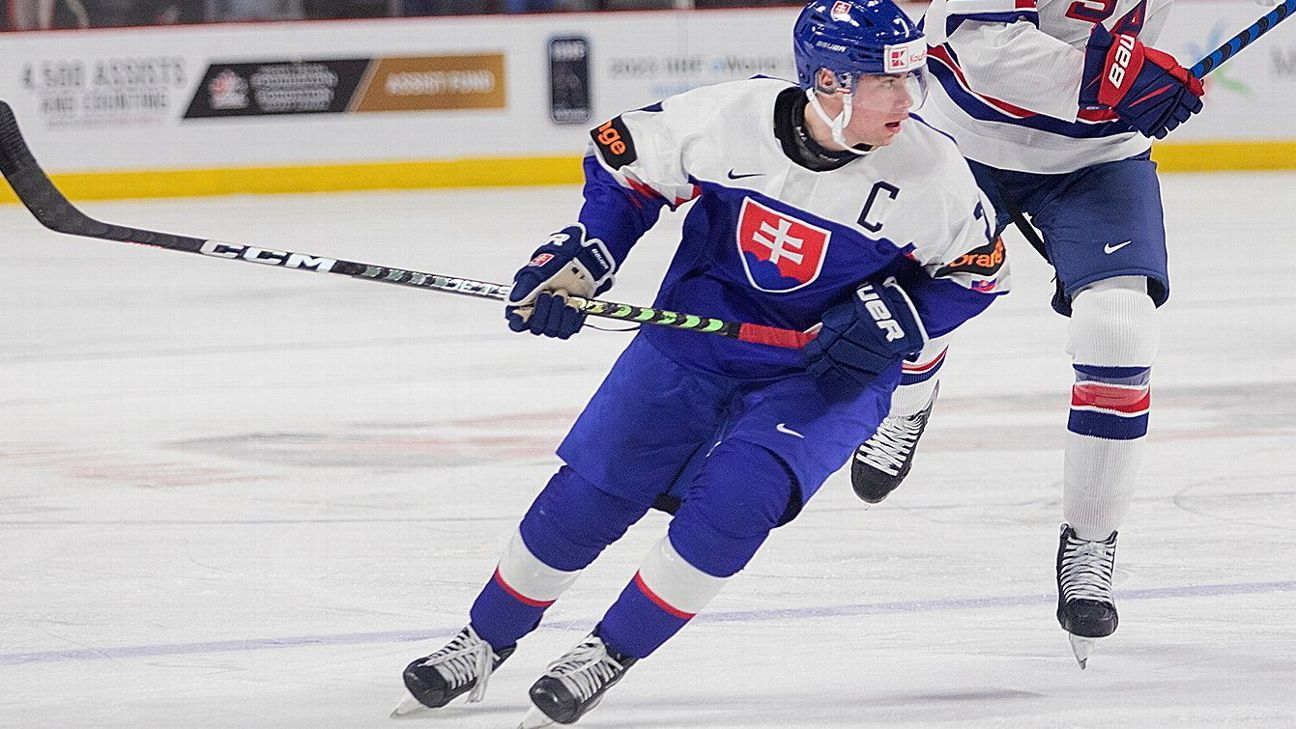 MONCTON, New Brunswick — Dalibor Dvorsky, Robert Baco and Filip Mesar scored in a 3:19 span in the second period and Slovakia upset the United States 6-3 on Wednesday in the world junior championship.

Libor Nemec, Peter Repcik and Alex Ciernik also scored for Slovakia, and captain Simon Nemec, this year’s No. 2 overall pick in the NHL draft by the New Jersey Devils, had three assists in the Group B game.

“It was a different game because Finland (plays) a lot of defense, and that’s not good for us,” Simon Nemec said. “But today, we played well. And I think sometimes we were better than the USA.”

Tyler Boucher, a 2021 first-round pick of the Ottawa Senators and the son of former NHL goaltender Brian Boucher, scored twice for United States. Michigan Wolverines forward Gavin Brindley added a goal, and Colorado College goalie Kaidan Mbereko made 30 saves. The Americans opened Monday with a 5-2 victory over Latvia, but Mbereko did not play in that contest.

The leaders in ice time for both teams were both defenseman, and both Devils prospects. Simon Nemec finished at 25:31, and Luke Hughes, the Team USA captain who was selected No. 4 overall in 2021, closed at an even 25:00.

“I think we just got away from our game in the second period and allowed a couple goals when we shouldn’t have,” Hughes said. “I think we’ve just got to tighten up defensively and get back to our game. That’s kind of what cost us.”

Team USA will face Switzerland on Thursday, while Slovakia battles Latvia on Friday.

In Group A in Halifax, Nova Scotia, Connor Bedard, the projected No. 1 overall pick in next year’s NHL Draft, had three goals and seven points, and Shane Wright, the Seattle Kraken‘s top pick this year, had a goal and assist as Team Canada bounced back from a Day 1 loss with an emphatic 11-2 victory over Germany.

Olen Zellweger added three assists in the win for the tournament hosts. Canada dropped a 5-2 decision to the Czech Republic in its opener Monday.

Kiffin keeps padding via portal, adds QB Sanders
Azarenka made to remove PSG top at Aus Open
Madrid complete another epic derbi comeback win to break Atleti hearts
Cautious Chiefs prepping as if Mahomes will play
“Not Every Test Batsman Needs To Be A Big Hitter”: Sachin Tendulkar To Cheteshwar Pujara On Birthday